Saturday I had the exciting opportunity to see Disney On Ice presents Dare to Dream and let me just say I was beyond impressed.  The show is separated into three short stories with a brief 15 minute intermission with introductions by Mickey, Minnie, Donald, and Goofy. Dare to Dream highlights The Princess and the Frog, Cinderella, and Tangled.  All of them were extremely impressive and magnificently executed.

The Princess and The Frog

We started with The Princess and The Frog which is such a great segment.  The music and voice-overs are straight from the movie and the skaters really connected with their characters.  I love how Mama Odie, Ray, and Lewis were included and I couldn’t help thinking how hard it must be to ice skate with such elaborate costumes.

Tiana and Deryck Szatkowski as Naveen in the French Quarter

While I’m talking about the Princess and the Frog segment, I wanted to highlight one skater in particular.  Deryck Szatkowski, he plays Prince Naveen for Disney on Ice.  He was remarkable in his role and he did Prince Naveen justice for sure. He’s from Oak Park, Michigan and he started ice skating at age 8. Since then he’s been a three time USFSA gold medalist, a national competitor, and coach of the Detroit Skating Club, Inc.  “My favorite part of performing is the element of self-expression and the process of hard work coming together to create a beautiful form of physically, emotionally and mentally stimulating art,” says Deryck.  He hopes that audiences at every show see and feel his passion for performing and leave with a smile and a sense of happiness.  I can say that his mission was accomplished as I was left with elation and joy.

After The Princess and the Frog we were taken to meet Cinderella and her ugly stepsisters.  The skaters did a fantastic job and I can say it was one of the most beautiful arrangements I’ve seen.  I was particularly impressed with Cinderella’s pumpkin carriage and the beauty of the entire movement. During Cinderella’s performance we have a brief intermission and quickly we pick up with the remainder of her story.  The skaters who played her ugly stepsisters were hilarious. They had the crowd laughing and they really played up their parts.  I was sincerely impressed.

Lastly, Disney On Ice presents Dare to Dream presented the story of Tangled. Now I will say that I have not yet seen this movie, but after seeing it played out on the ice, I excited to get my hands on it.  It starts with Flynn Ryder and his theft of a crown which involved him hanging upside down from the scaffolding.  It was so fun to see the audience’s reaction to his entrance.  Rapunzel and Flynn had great chemistry on the ice, they played well with each other and segments of the show involved the skaters flying in midair on silk ropes.  It was a combination of extreme acrobatics and ice skating and it was a combination I had never seen before.  This was by far my favorite point of the show because everywhere you looked something was happening.  Another highlight was the skaters who played the horse on Tangled.  I really want to give them a shout out because they were amazing.   I can’t begin to imagine how they pulled off the horse costume.

The ending of the show was bittersweet; I wasn’t ready to leave to go home.  Dare to Dream concluded with all of the Princesses and Princes from the classic stories coming out to welcome Rapunzel and Flynn home.  I’m not going to lie, I was choked up. Disney on Ice presents Dare to Dream was the perfect combination of music, dancing, skating and crowd entertainment.  It’s a must see for all ages and I’m so thankful that I had the opportunity to see it for myself.

The show has moved on from Seattle and will be playing at the Pacific Coliseum (Vancouver,BC)  November 21 through 25, 2012. After a quick Thanksgiving break, they move on to the STAPLES Center in Los Angeles,CA for 5 performances (December 12-16), then the  Honda Center in Anaheim, CA December 18-23. The new year finds the show in Long Beach, Phoenix, Los Vegas, San Diego, and Fresno.

For the complete Disney on Ice Dare to Dream performance schedule and to purchase tickets, visit the official website.

BabytoBoomer.com accepts Guest Posts occasionally. If you'd like your post to be considered, please contact [email protected]bytoboomer.com. The experiences and views of our guest posters are their own and do not necessarily reflect those of BabytoBoomer.com. 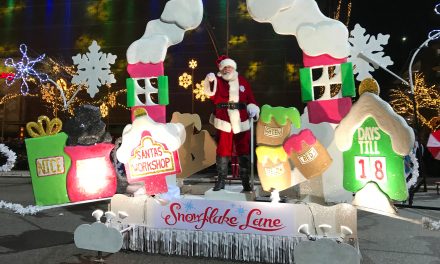 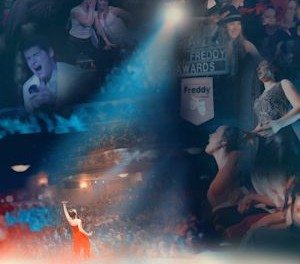 Planning a Vacation Close to Home with Gogobot Travel #GogobotTravel