I love pumpkin pie, but I hate pie crust. There, I’ve admitted it to the world. The thing most people love about pie is the thing I leave behind on the plate. I’ve tried homemade, store bought, gourmet…I hate them all. There’s something about the texture, especially under the filling – that half-cooked, almost raw this has got to be bad for you, that makes my skin crawl when I think about it.

So I’ve skipped the pie crust and instead crushed up my 2nd favorite ginger cookie (my favorite has a cream filling so wouldn’t work here) and then topped it all with whipped cream spiced with more autumn spices (don’t get lazy and think you can use “real whipped cream” in a can – I tried it and it fell flat in seconds!).

The mini size makes for 4 bites, a perfect addition to any dessert bar.

Who says you have to eat pumpkin in a pie? Spiced Ginger Cookie Crust with Pecans and spiced whipped cream 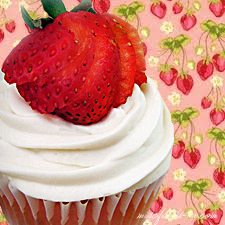