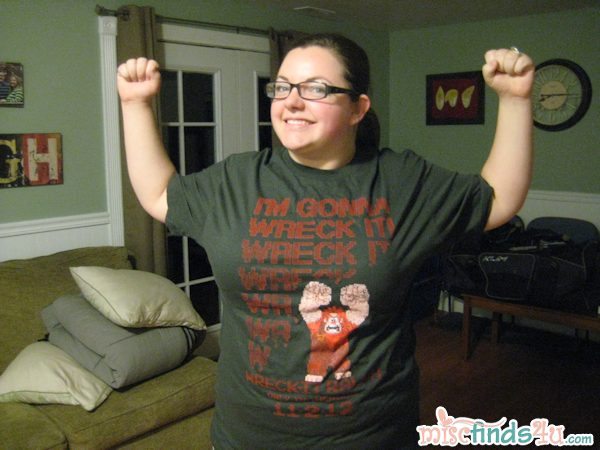 Laura is ready for the big day in her “Wreck-it-Ralph” t-shirt! 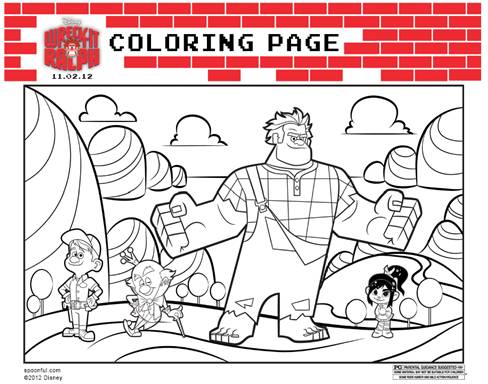 Are you ready for Disney’s WRECK-IT RALPH (In Disney Digital 3D™) which releases in theaters on 11/2/12?

Walt Disney Animation Studios and Emmy®-winning director Rich Moore release the new animated comedy, “Wreck-It Ralph,” in theaters 11/2/12. This film is set inside an arcade game where for decades, Ralph (voice of John C. Reilly) has been outdone by Fix-It Felix, Jr. (voice of Jack McBrayer). Fix-It Felix, Jr. is the star of their game and the good-guy who saves the day. Ralph has grown tired of playing the bad guy, so he takes matters into his own enormous hands and leaves his game to journey through the other arcade games with the goal of proving he’s got what it takes to be the hero.

While on his journey, he meets some characters including Sergeant Calhoun (voice of Jane Lynch) and Vanellope von Schweetz (voice of Sarah Silverman).

Which Muppet are You??? Take this Quick Quiz To Find Out

Happiness – Genetic or Learned Behavior – This Film Says Both