NBC has pulled in some big named guest stars for the Halloween-themed shows. Here’s the 2012 roundup of Halloween episodes:

I’m loving the new series, “Go On” starring Matthew Perry. The show’s Halloween-themed episode will air on Tuesday, October 30, 10:00 p.m.-10:30 p.m. ET/PT. “Videogame, Set, Match.” Ryan, played by Perry, is reluctant to bring Owen (Tyler James Williams) under his wings. Meanwhile, the group lets Yolanda (Suzy Nakamura) down, but they try to make up for it by creating her dream “Alice in Wonderland” Halloween. Chris Bosh (Miami Heat) guest-stars.

One of my favorite shows of the new season, “The New Normal,” is airing a Halloween-inspired episode on Tuesday, October 30, 10:30 p.m.-11:00 p.m. ET/PT with two special guest stars! “Para-New Normal Activity” has Bryan (Andrew Rannells) getting into the Halloween spirit by decorating the house and then making his annual trip to the pumpkin patch with his bestie (Nicole Richie) to spot celebrities.  The episode also features guest-star GeorgeTakei as “Sing” a makeup artist. If you don’t follow George Takei on Facebook you’re missing out on a lot of fun – he entertains in 2.8 million followers several times a day with some witty wall posts.

I love Christina Appelgate and I’ve tried to love “Up All Night,” but I’m not a fan. Perhaps it’s because I’m not such a fan of her costar. Sometimes interviewing people lets you in on their secrets – like they’re jerks. Still, I may tune in for the Halloween 2012 episode on Thursday, October 25, 8:30 p.m.-9:00 p.m. ET/PT. “Ma’am’d” – The episode features guest-star Sean Hayes as Walter, he gives the neighborhood a haunted house look. I’ve enjoyed Hayes since his days on “Will & Grace” and I’m looking forward to seeing him in this guest spot.

Another show I’ve tried to like but can’t connect with is “Guys with Kids.” Their Halloween episode airs Wednesday, October 24, 8:30 p.m.-9:00 p.m. ET/PT. “Apartment Halloween” – Another great guest star for this series – this time it’s Marissa Jaret Winokur (“Hairspray”). The time the co-op board goes after the Halloween hallway decorations. Winokur is a mother who shared some time with us at a Disney Social Media Mom’s event a few years ago. She was personable, warm, and kind. I would love to see more of her on TV!

I’m a sucker for holiday episodes so I’ll likely watch all of them. What will you be watching this holiday season? 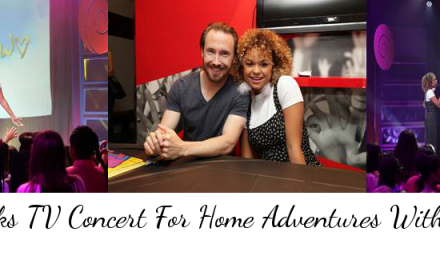 How I Met Your Mother: The Complete Seventh Season