The Beverly Hills Chihuahuas are back again for their third installment of the series.  My cousin’s children were so excited to watch the movie with me so we brewed up some Kool-Aid and munched on some popcorn and made it an event.

Beverly Hills Chihuahuas 3: Viva La Fiesta picks up with Rachel and Sam getting jobs at the luxury Langham Hotel. These job opportunities include housing so Papi, Chloe and the pups move into the hotel. Chloe immediately becomes the new face of the Langham Hotel and the puppies start doggy school. This leaves Papi with time on his paws and feeling a bit leery about the puppies’ teacher so he starts to sniff around the hotel to see what he can dig up.

Rosa, the smallest of the puppies is struggling with her new surroundings. She feels small and is tired of being told so.  To help her feel like a big dog, Papi and Chloe decide to through her a Quinceañera party.  This is a party to symbolize her independence and show the world that she no longer needs to be protected. 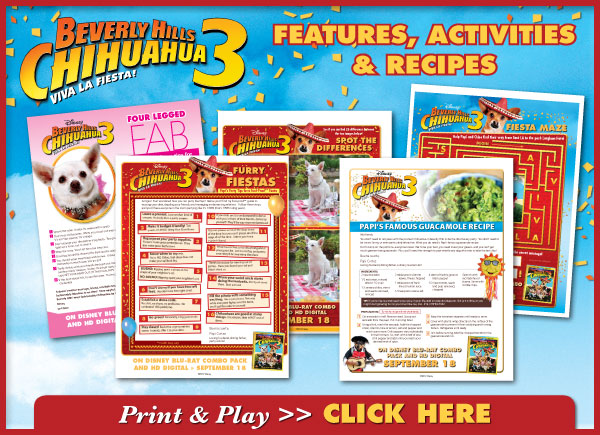 With the upcoming party, Papi busies himself with planning while Chloe is working to impress a high-end client.  Sam and Rachel fight to keep their jobs when chaos explodes all over the Lanham Hotel.  It’s up to Papi, Chloe, and the puppies to save the day and clean up before the Quinceañera.

My cousin’s children loved the movie and I was impressed with the amount of cultural references used in the movie. The special features were funny with a short video of all of the actors talking about how they love working with Papi.  Overall it was a cute and funny film. 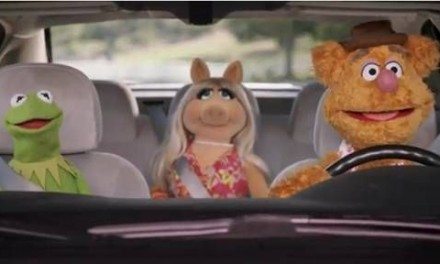 Disney’s “The Muppets” Home for the Holidays Road Trip Game