Hey AVENGERS fans – get yourself to your local Walmart to check out The Avengers Augmented Reality App trigger points with your mobile device! Download the free app and you’ll be ready to try your hand at Avengers trivia and more. While you’re there, make sure you pick up the really cool Walmart exclusive The Avengers Blu-Ray/DVD/Graphic Novel Combo Pack.

My son and I took a drive to our store and we were able to try out several of the trigger points and pick up the movie on its release date. While we were there we also shopped for food and drinks for an Avengers movie night at our home.

As part of the Avengers Augmented Reality program, Walmart has branded several of their MarketSide pizza with the Avengers trigger point. Just enable the pizza recognition part of the app and then point your app-enabled device to the trigger point on the pizza box and you’re rewarded with a cool 3D and interactive city. It’s really amazing!

We picked up a 5 cheese pizza for me and the ultimate meat pizza for the rest of the gang. Then we added veggies and dip and a set of cool plastic tumblers in red, blue, and green to make the party more fun. We also checked out all the toys and decided we couldn’t live without a set of 3 hero masks which included Captain America, Iron Man, and the Hulk! We loved the super hero movie tie-in Lego sets and more and spent a lot of time checking out everything available. Parents have a lot of great movie merchandise to choose from this holiday season!

We settled in to watch the film while we baked the pizzas and served up drinks. About 40 minutes into the movie we called an intermission and had the pizza (pretty amazing and so reasonably priced!) and veggies. Fortified, we were ready to finish the action-packed flick. Three out of the 5 had previously seen the film in the theatres and we are happy to say it was just as fabulous at home.

Watching The Avengers at home 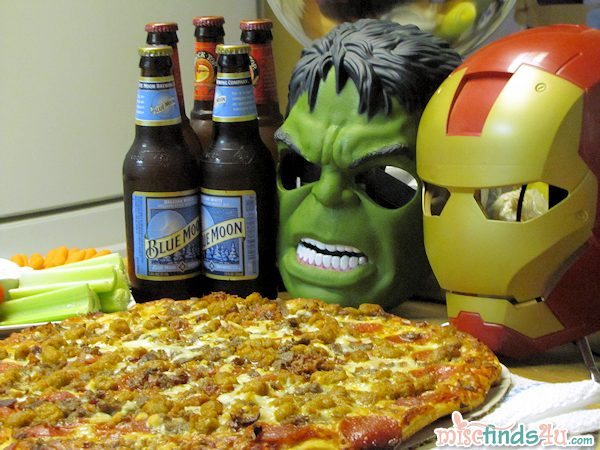 We had a great evening which was evident by the pile of dirty dishes in the sink and the look of satisfaction on our faces as we sat stuffed with pizza.

Saturday, September 29, 2012, select Walmart Stores will have special Avengers Character Appearances. Check with your local store to see if they’re participating and have fun!

Enjoying the 3D version of The Avengers – including the dog and just peeking out the side of the monitor on the left is the cat – truly a family evening.

Get Social with Marvel

I am a member of the Collective Bias™ Social Fabric® Community.  This content has been compensated as part of a social shopper insights study for Collective Bias™ and Marvel. #MarvelAvengersWMT #CBias #SocialFabric – all opinions are my own. 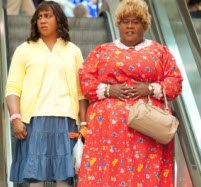 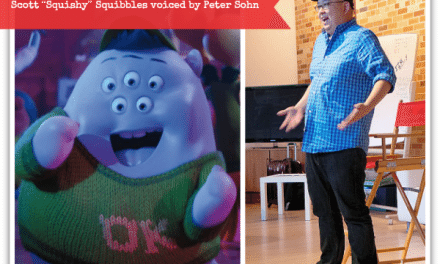