THE ARCHIVED by Victoria Schwab Author of NEAR WITCH

“The Archived” a new book by Victoria Schwab

What would you say if you found out that after a person passes away they’re called Histories and the’re filed away in a library called the Archive?  Even stranger, only Librarians can read these archives. Victoria Schwab, writer of the The Near Witch[/amazon_link] has written another fantastic story appropriately titled.  Set to publish in January 2013, Disney-Hyperion has released a sneak preview of the story for review and I just have to say I’m dying to finish reading this story.

We meet Mackenzie Bishop, a teenage girl living with her parents, who are struggling to move forward after the death of her brother.  At the age of 12, Mackenzie was trained by her Grand Father Da, to be a Keeper of the Archives.  The Archives are a sacred place in which only those who work there know about.  The general public has no idea that the memories of those who have since passed are stored as Histories in the Archives.

Mackenzie learns how to hide her secret from her parents who have uprooted the family to move to a 100-year old hotel to open a street level coffee shop.  Mackenzie periodically receives notes in her pockets from the Archives notifying her that a History has gone missing.  From there Mackenzie must find the nearest door to the Narrows, the place between our world and the underworld, and search for the missing History. Once the missing History has been found, it’s Mackenzie’s job to send them to the Returns Desk to be re-shelved and stored away.

Things begin to go awry with someone intentionally releasing Histories and modifying memories. Mackenzie must get to the bottom of the situation to restore order to the Archive before it falls apart.

I was provided a sneak peek at the new book in order to write a review. I was not compensated for my work.

The Venice Experiment: A Year of Trial and Error Living Abroad 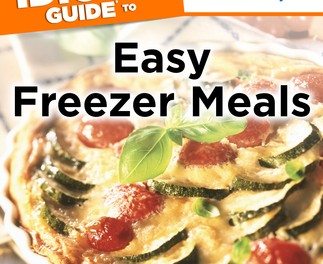 Cookbook Review: Baking Basics and Beyond by Pat Sinclair

Gardener & the Grill The Bounty of the Garden Cookbook Reviews