This comedy was written and directed by the Duplass Brothers and stars Steve Zissis and Marky Kelly. The duo play brothers who resurrect their desire to be the best and they compete against each other and all bets are off. Special features include: Meet the Real Brothers and Rock, Paper, Scissors with the Real Brothers.

Robert Mitchum’s career spanned 50 years. He was one of the most iconic leading men in Hollywood in his heyday. While he’s notable for his tough guy roles, he was equally as fabulous in comedy, romance, Western, and war films. This is a 10-movie collection of some of his best work.

This set hits stores on October 9, 2012 just in time for holiday gift giving.

An infinitely handsome and stunningly talented actor, Denzel Washington is a favorite. He’s a two-time Best Actor ACADEMY AWARD® Winner and a superstar who’s respected in the industry.  This amazing DVD collection covers over 20 years of Denzel’s career and includes some of his most acclaimed performances. This set includes thought-provoking dramas and pulse-pounding thrillers – such a phenomenally versatile actor.

Finally out on Blu-ray and 3D, this high-tech, action thriller, takes place in the year 2035. Humans have turned over their trust to technology and robots. But when a scientist is found dead, that trust is broken. A skeptical detective (Will Smith) is certain of that a robot is responsible. The film also stars Bridget Moynahan. 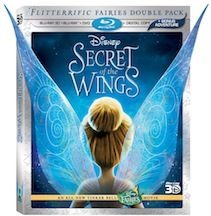