Victor harnesses the power of science to bring his best friend back to life—with a few minor adjustments. Releases 10/5/12 FRANKENWEENIE – © Disney – used with permission

A few weeks ago as part of the Disney/Pixar press trip I took to LA, I got the awesome opportunity to see approximately 30 minutes of the unfinished Disney and Tim Burton film “Frankenweenie” at Walt Disney Studios. I was both creeped out and immensely impressed at the same time and couldn’t help but grin to myself that this is the perfect Halloween movie release!

After screening the film I had the privilege of hearing from Allison Abbate, the film’s producer. Abbate obviously enjoys working with Tim Burton and her job as producer. With a warm smile, she comments on the joy of bringing Tim’s world to the screen and she shared how much of it is based on his own experiences and childhood. But for Burton, it’s not the normal suburban life he portrays, “…he loves that contrast between the monsters and the normal suburban life.” And that perhaps is what makes this movie so fun. It’s a typical family and something happens that the young boy just can’t accept. He uses his knowledge of science to fix his problem which in turn creates a new one. And this is where the film gets creepy and as a fellow viewer noted that Burton is getting back to his roots in this film, sort of the iconic old school Tim Burton is back.

Abbate had the idea of sending the film’s set on a road tour so that fans could get a close-up look at the puppets and really see how the production of the film is done. She’s immensely proud of the amount of work the puppeteers put in and the range of emotions they can get from the puppets. Abbate proudly shared with us that “…there’s gonna be four sets, all the real puppets, the real sets from the movie, the props and a lot of great sort of supplemental information so people can kind of really see the scale of it.”

The tour made a stop at the 2012 Comic-Con convention – get a sneak peek of the sets and interviews with Abbate as well as the Director, Tim Burton and the Executive Producer Don Hahn.

The tour will be in Mexico City at Plaza Universidad from July 27 through August 7th. It moves on to Toronto, Canada at a Fan Expo August 23 through 26th. It returns to the US in time for the films premiere where it’ll be housed at Disney’s California Adventure Park from September 14 through November 5th. It goes on a worldwide tour including Madrid, London, Paris, and Tokyo the rest of the year.

Victor in the laboratory – FRANKENWEENIE – © Disney – used with permission

My Thoughts After Seeing FRANKENWEENIE

I loved it. It’s black and white and 3D and harkens back to the 70’s when I was a child. It reminds me of the campy creepiness of the Addams Family (the original series) and was a fabulous. While it likely won’t be appropriate for small children, it’s going to be a family favorite with kids ages 10 and up (and maybe younger depending on the child). The theme is about death and reanimation which isn’t for everyone. 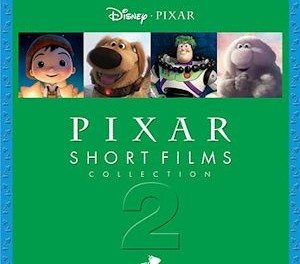