I just finished watching the rough cut for the season 4 premiere for TLC’s HOARDING: BURIED ALIVE. This first episode shares the story of a 51-year old man name Cary who in addition to being a compulsive hoarder, appears to have delusions of grandeur as he’s taken on Elvis Presley’s persona and believes he’s as loved as the legendary singer. His hoard has become a shrine to the King of Rock and Roll and it literally covers every surface in the apartment he lives in.

Cary was once a New York City School Physical Education teacher, but after failing to obtain his Master’s Degree in the required timeframe, he lost his teaching certificate. He’s now on disability and works when he can as an Elvis impersonator.

Oddly Cary’s story didn’t feel real to me. It seemed to me that he was using the show as way to advertise his fledgling business. He spends most of the show singing (he’s no Elvis – in fact, he’s got a New York accent and not a southern twang) and going on about how he’s loved while he’s impersonating his idol. He’s either delusional or incapable of realizing that people are laughing at him and not with him.

While the theatrical crying seems staged and his friend smirks while consoling him, I had to wonder if this wasn’t a way for Cary to stay on disability. He’s the only hoarder I’ve seen portrayed who loudly proclaimed he was a hoarder to anyone who would listen.

Cary’s the first person filmed for the show that I didn’t care about and couldn’t connect with on any level. In the end I realized that I was armchair diagnosing him as flake and a fake who was doing this for some kind of 15-minutes of fame. I realized I’ll have to trust the doctor on the show who was with him and assume she’s correct and that he’s mentally ill and what’s portrayed on camera is real.

I’m not sure why I had this reaction but I’m curious how others feel after it airs.

I was provided access to an advance screener to facilitate my review – all opinions are my own. 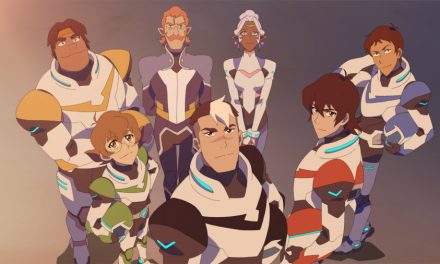 TV: WALLACE & GROMIT’S WORLD OF INVENTION on Blu-ray and DVD