They look so innocent. So much like any other set of train tracks and yet these were the last things millions of people of the Jewish faith saw before they were gassed by the Nazis. This is one of my photos my son took while in Poland last month. He and his girlfriend toured the interment and extermination camps of Auschwitz and Birkenau. He took some stunning pictures that I’ll share with you now and then. It’s just too sad to do them all at once.

KILLING CENTER Auschwitz through the lens of the SS – USHMM.ORG

In German-occupied Europe during World War II, the killing center was a facility established exclusively or primarily for the assembly-line style mass murder of human beings. Those few prisoners who were selected to survive, temporarily, were deployed in some fashion in support of this primary function. The killing centers are sometimes referred to as “extermination camps” or “death camps.” Concentration camps served primarily as detention and labor centers, as well as sites for the murder of smaller, targeted groups of individuals. Killing centers, on the other hand, were essentially “death factories.” German SS and police murdered nearly 2,700,000 Jews in the killing centers either by asphyxiation with poison gas or by shooting.

KILLING CENTER AUSCHWITZ The largest killing center was Auschwitz-Birkenau, also known as Auschwitz II. It was located in Upper Silesia, a province of interwar Poland that was annexed directly to Germany. SS authorities established Auschwitz-Birkenau in the spring of 1942.

KILLING CENTER Auschwitz through the lens of the SS In January 2007, the United States Holocaust Memorial Museum Archives received a donation of a photograph album. The inscription Auschwitz 21.6.1944 on its first page signaled the uniqueness of the album — there are very few wartime photographs of the Auschwitz concentration camp complex, which included Auschwitz-Birkenau, the largest Nazi killing center. Though his name does not appear anywhere in the album, the dates of the photographs and various decorations including adjutant cords on the uniform of the album’s owner, indicate that the album almost certainly belonged to and was created by SS-Obersturmführer Karl Höcker, the adjutant to the commandant of Auschwitz, SS-Sturmbannführer Richard Baer. Höcker was stationed at Auschwitz from May 1944 until the evacuation of the camp in January 1945. – http://www.ushmm.org

Photo of the Day: Dashboard Cupcake Picnic at Whole Foods 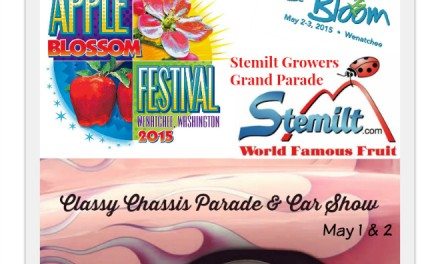