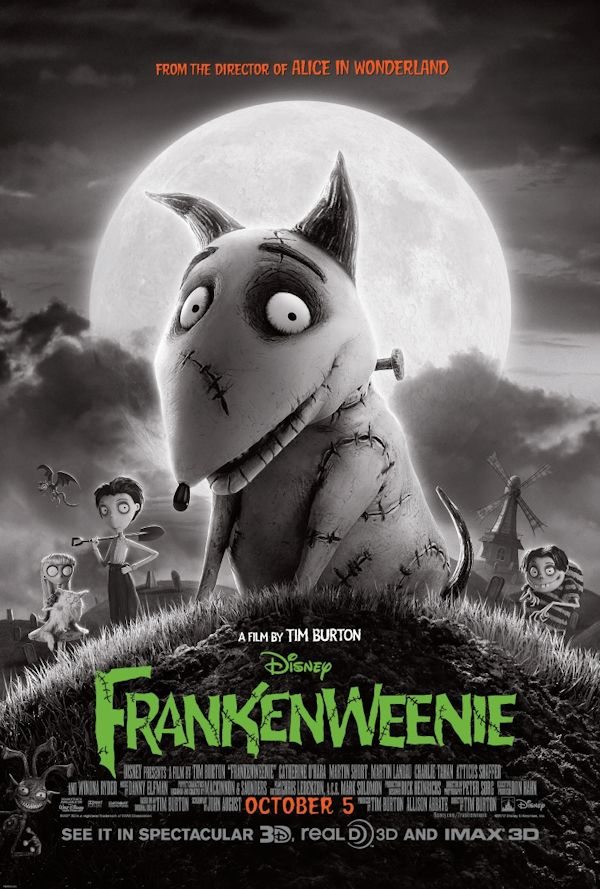 Did you know that all of the characters in FRANKENWEENIE are based on drawings done by Tim Burton? Some are from the 1984 original live-action short and others he drew specifically for this new  feature-length animated version.

“FRANKENWEENIE” is a stop-motion, animated film which is being filmed in black and white and delivered in 3D, that will boost this classic style into a completely new experience. If it seems like you may have seen something similar previously, you may have.  When Tim Burton initially conceived the idea for “Frankenweenie,” he imagined it as being a full-length, stop-motion animated motion picture. Unfortunately, due to budget constraints at the time, he instead directed it as a live-action short which was released in 1984.  But “Frankenweenie” isn’t Burton’s first stop-motion animated full-length film.  His two previous works, “Corpse Bride” and “The Nightmare Before Christmas,” both earned Academy Awards® nominations and a cult following. – read Tim Burton – Disney FRANKENWEENIE One-Sheet Poster Released

This film opens on October 5, 2012 in theaters nationwide – just in time for Halloween!