I had the honor of viewing Disneynature‘s brand new film, CHIMPANZEE, several weeks ago in San Francisco during a Disney • Pixar press trip. Within moments of the film beginning I found myself enthralled with Oscar, the young chimp that is certainly the star of the film.

Even though Oscar’s antics were entertaining, what truly captured my attention was learning afterwards that this was a movie that nearly didn’t get produced. Certainly not due to insufficient resources or talent – the crew is some of the most experienced and qualified in the industry. And not even because of the horrible filming conditions in the rain forest even though they were grueling. But mainly because after several years in the jungle and countless hours of film, there wasn’t a story-line to carry a full-length movie. The crew was getting ready to relocate when an unpleasant incident results in the unexplainable disappearance of Oscar’s mother.  It’s at this moment that they think their time with this band is at an end. 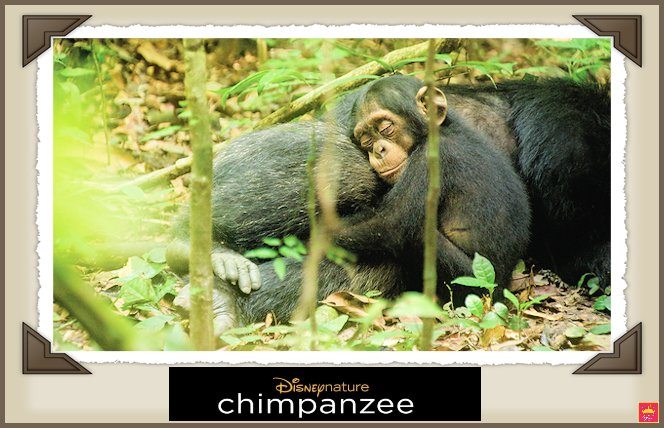 However, nature had a different ending in store for them.  This one incident, which occurs with frequency in the wild and typically results in the death of the orphaned baby, takes an unexpected twist when Oscar is adopted; but not by one of the adult females in the band. He’s cared for and nurtured by the alpha male. This is a circumstance that happens so rarely that it’s never before been captured on film and it’s then that they realize they have their story.

I imagine that must be what makes this story so inspiring. These animals are incredibly similar us – they appear to love and look after one another. The chimp babies play, mock, mimic, and chatter incredibly similar to human babies. They learn by observing, imitating, and making mistakes. It was intriguing to observe them learning, comprehending, experimenting with objects, and developing into more independent creatures. You can’t help but naturally assign human emotions to the looks, the touches, the apparent snuggling.

After viewing the film I’m much more impressed with the work Jane Goodall has been doing for the last 50 years. She first entered the jungle in 1960 at the age of 26; a time when very little was known relating to these creatures. Jane has viewed the movie and has publicly stated that she felt it captured the heart and soul of the Chimpanzees and her hope is that by bringing light to their predicament, that quite possibly we’ll recognize their place in our eco-system and work together to protect them. To assist in saving the endangered chimpanzees and also their habitat, a portion of the opening weeks ticket sales (4/20-4/26) will be donated to the Jane Goodall Foundation.

So is the movie fabulous? Yes, granted the narrator would not have been my first choice and I had to keep reminding myself that it was not John Goodman, but actually Tim Allen. He narrates so much of the film that’s obvious and would have been better shown in silence. But there were times when something inexplicable happens and he’s silent. Sure, a part of that is the writing, I can’t fault him on that account, but his voice never felt right to me and some of the comments were incredibly silly. That aside, there was some stunning time lapsed photography and slow motions scenes that were some of my favorites and of course the chimps were wonderful.

I should warn you, there are some intense scenes which include noise and commotion (mostly during fight scenes) that can be unnerving for children. There was also one instance of hunting for prey which gratefully they chose to keep off camera.

This film is Rated G and that rating feels appropriate. I do believe it’s a film the entire family will enjoy and I suspect that quite a few kids will be recreating a few of the eating scenes at home the next time something green is served (see the clip above).

Take the family the opening week – see the chimps and save the chimps! 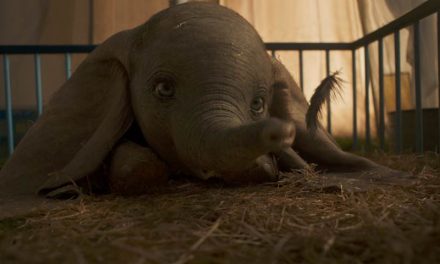 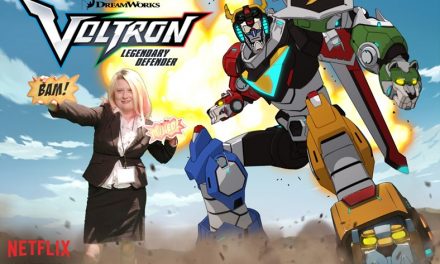