Hey readers! I figured its about time I wrote a review for the television I have been using to watch all these movies I’ve been reviewing. It’s a VIZIO 47 Inch Class Theater 3D LCD HDTV with VIZIO Internet Apps, E3D470VX  and I love it.

I decided to start looking for a new TV, partly as a Christmas/birthday gift to myself, but mostly because I have wanted a 3D TV in my home ever since I saw Avatar in the theaters a few years ago. I love the richness and depth 3D adds to films and I was looking forward to recreating that experience in my home; however, I wanted to do it an an affordable price.  So I set out to learn a little about what was available on the market, what features were must haves and which I could skip, so that I could make an informed purchase.

What I found while researching 3D TVs is that there are two main groups; active 3D and passive 3D. The active uses high frame rates and powered glasses to create the 3D effect, this means that when you want to buy more pairs of glasses you will have to pay at least $40-$50 per pair. The passive technology TV uses polarizing filters to create the effects, which means that you can use the same simple non-powered glasses that you receive at the movie theater.

I decided after my research to buy the VIZIO 47 Inch Class Theater 3D LCD HDTV with Internet Apps, E3D470VX. I decided to get this one partiality because of the limited availability of 3D TVs in our area, but mostly because of the price. This 47″ (which is HUGE by the way) cost me about $800 all together (it’s now available on Amazon.com for less with free shipping – go figure). For that price I got an amazing 1080p screen resolution, two pairs of passive glasses, a remote control with a full keyboard on the back, and a whole slew of internet apps built right into the TV.

Now I will admit, this TV does not have the highest quality picture you can buy and since it is an LCD screen there is some streaking during the faster action sequences but it is barely noticeable. And even though there may be other TVs out there that are technically better, I think this is an amazing television for the price I paid. It creates a real theater experience in our home with amazing 3D effects that really draw you into the movies that you watch. And like I said before, you get internet apps included such as Pandora, Netflix, Hulu, and Amazon Instant Videos (free videos are available with Amazon’s Prime Membership) that are all controlled with the remote control and run through the built-in Wi-Fi or network connected cable.

The VIZIO 47″ Theater Class HDTV is a nicely responsive TV, was easy to set-up, and fun to use.  It looks great in standard viewing – the quality is fabulous.  We rarely watch network TV and generally use the Internet apps to stream shows instead and the Wi-Fi works fabulously. The set is sleek and sophisticated, weighs about 30-pounds, and is bright and clear.  It’s also available in a smaller size.  The VIZIO E3D320VX is a  32-Inch Class Theater 3D LCD HDTV for those looking for a smaller profile but all the same features including for a few hundred dollars less.

This is the best possible 3D television you can get without paying a fortune. If you are in the market for a new TV I would highly suggest you consider a VIZIO 47 Inch Theater Class 3D LCD HDTV. You won’t regret it! 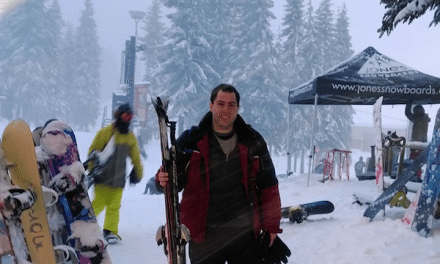