I’d never heard of “The Adventures of Tintin” until it was attached to Stephen Spielberg for this project.  It turns out the TinTin is a well-known European character who appeared in comics, books, a TV and radio series, theater production, and now a film.

Written by comic writer and artist, Hergé, the books became so famous that they’ve been translated in as many as 38 different languages and his work is said to have inspired legendary iconic artists like Roy Lichtenstein and Andy Warhol. One look at his style and it’s easy to see some similarities in the other artists’ work.  Hergé continued to write and illustrate The Adventures of Tintin right up until his death at age 76 in 1983.

Tintin is a young reporter who first appeared in comics in 1929 with his dog companion, Snowy. The pair has been joined at times by other colorful characters along the way.  They explore the world and while doing so they solve mysteries, right wrongs, and in the end inspire others to do good.

Scene from The Adventures of TinTin Film - 2012 (used with permission)

Stephen Spielberg’s film combines elements from several stories into one movie – “The Secret of the Unicorn,” “The Crab with the Golden Claws,” and “Red Rackham’s Treasure.”   Those that are familiar with the stories have reported finding it confusing to mash-up the three stories into one fast-paced adventure; but for those of us who are new to Tintin and his adventures, the film makes sense and tells a story that feels complete.

The animation in the film is stunning.  The eyes of the characters are perfection and they share so much emotion.  The style is very reminiscent of the 30’s and 40’s which is perfect for the time period of the piece.  I loved the clothing styles, the “antique” cars that were the newest models available at the time, and the general feel of the movie.  The detailed backgrounds were fabulous and really sold the cartoon, live-action look.

The film is rated PG – there are some thematic elements not for young children including animated violence (fighting and shooting) and scenes with alcohol.

We received a DVD which was a bit disappointing. There aren’t as many special features and the resolution is low so it’s best watched on a small screen. DVD’s just don’t look good on a 3D, 50″ TV with the best resolution currently available. There are additional versions available – purchase the one right for your own home entertainment system for the best experience.

“The Adventures of Tintin” Online

Follow Purina on FB and enter to win a years worth of Dog Chow.

BUY “The Adventures of Tintin” 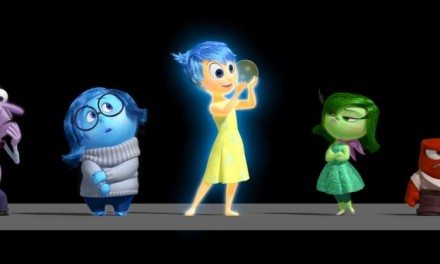