Many of you are too young to remember the magic of movies under the stars, but I can.  Seeing the old drive-ins closing one by one until they dwindle away to little more than memories is painful, like watching a piece of your youth die and wither.

Fortunately, there are still a few drive-ins operating in the world.  If you’d like to experience an  excellent drive-in movie experience yourself, here are the best places in the world to do it.

Built in 1934, Shankweiler’s Drive-In was the second outdoor movie theater in the country and is the oldest operating drive-in ever.  Mother Nature tried to destroy the iconic outdoor movie palace in 1955 when Hurricane Diane battered it mercilessly.  The family persevered, however, and reopened the theater. It has flourished ever since.

Shankweiler’s has come a long ways from its early days when the screen was made of a white sheet tied to two telephone poles. Now people from across the country visit Shankweiler’s Drive-In to see a double feature on the single screen.  If that’s not for you, Becky’s Drive-In is nearby and it has two screens and the kids can enjoy a pony ride while you’re waiting for the movie to start.

Unlike most drive-in theaters, Ford Drive-In is open year round.  Operating since the 1950s, Ford boasts five screens offering first run pictures nightly in the summer and on weekends in the winter.  Imagine watching movies snuggled in your car while snowflakes drift silently by outside.  Sounds romantic.

The title of this article promises I’ll tell you about the best drive-ins in the world, so the list has to include this theater in Ahmedabad in northwest India.  The Sunset Drive-In has the largest drive-in movie screen on the entire continent.  As many as 6,000 people can watch a movie together at this massive theater.  Even pedestrians are welcome to come in and watch the shows, but the searing heat usually discourages most people who don’t have a car with a working air conditioner.

The saga of the drive-in theater began in New Jersey, but now the state has only one operating drive-in left in existence.  It’s the Delsea in Vineland, which was built in the 40s.  Refurbished in 2003, the drive-in has two screens and plays current releases from spring to fall.  It even offers a snack bar that carries an array of Atkins-friendly treats.

The days of the drive-in are almost over if we let them slip away.  Yes, there are still a few wonderful drive-ins in existence, but this is one tradition I wish could return to its glory days.  The happy family times spent together, the first stolen kisses in the back seat, and the fabulous (and not so fabulous) movies we loved and hated are experiences worthy of reliving.

Anthony Silver is constantly on the hunt to find new trivia and facts about the film industry. He also participates in the filmcontest about the Presidential race he hopes to win. 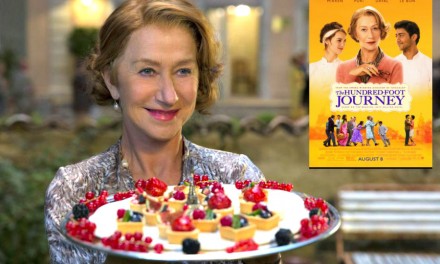