Why Every Parent Should Watch A&E’s “Intervention” #intervention

My kids are adults, but that doesn’t mean it’s time for  me to sit back and stop parenting.  Even young adults make stupid choices and that’s so evident from A&E’s series, Intervention.  I’ve watched it for seasons and yes, most of what they showcase is typical drugs and alcohol abuse, but many times, like tonight, they feature a new way for addicts to get their fix and one I’ve not heard of or was aware of.

It was on an Intervention show that I learned about deadly inhalants that are sold in every office store. That show led me to talk to my boys and explain the dangers.  I’m forever grateful for the knowledge and it touched me so much that I wrote, Do You Know the Signs of Inhalant Abuse? Take a Few Minutes To Find Out last December.  Please take a moment to check out the post and the two videos associated with it to see just how devastating they can be and why you should talk to your child about the dangers of inhaling them – one time is all it takes to kill you – it’s the same inhalant that Demi Moore may have had convulsions after using last month so there’s no age or income restrictions.

Tonight the show featured Skyler, a 24-year old man who is addicted to a new stimulant drug, a synthetic that causes delusions and hallucinations.  Called “bath salts,” this drug makes him see “shadow people” and he hears and feels people touching him and talking to him.  He believes his home ifs full of “a massive pile of bodies.”  Sadly, this “drug” is sold in stores and is legal.  Many responsible stores have pulled it from their shelves, but others are taking advantage of the popularity with addicts and are still selling it.  It’s cheap, easy to get, and legal, but it can keep users up for 72-hours at a time and lead to severe paranoia.  (See a preview for this bath salts addiction show here and well as an extended intervention video.)

What’s sad is Skyler was child who started out being active in sports and school.  But he started smoking marijuana at a very young age because he felt pressured by his mother who pushed him into TV and modeling, and that led to this new addiction.  He’s no longer working as a model, in fact, he has no job at all.  He walks around the home with a flash light and squirt bottle shooting at “refractions.”  He climbs a ladder onto the roof to look for shadow people.

I’m still watching the show as I write this but sadly, I know how it turns out.  While searching for information on bath salts I came across an article that said that Skyler could not be interviewed because he’s still using and still hallucinating.  That makes me so sad.  Please tell your kids ONE time can lead to a lifetime of addiction of any drug – I’ve known too many really wonderful parents who’s kids “tried it one time” and several have now died.  I’ll never be in the legalize drugs camp, it’s just too devastating for the entire family.

Intervention is an award winning reality how that airs on Mondays at 10PM EST on A&E.  It follows a standard format wherein we meet the addict, watch him/her use, and then meet the family and see a pictorial of the addict’s life.  Then the addict is followed for a week or so and then the intervention takes place.  It’s not always successful and not every addict that agrees to go to treatment provided by the centers in return for being featured on the show is successful. The show always ends with an update on the person and it’s incredible how attached I get and how much I hope every one of them will get help and survive.  But that’s where reality creep in – some relapse, some make it, and some die.

Photo credit:  A&E.com (editing by me) 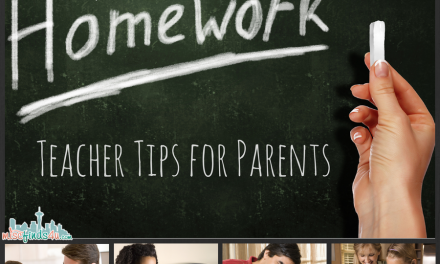 Tips for Parents to Teach Their Teen Drivers To Drive Safely

More in Health and Beauty, Parenting