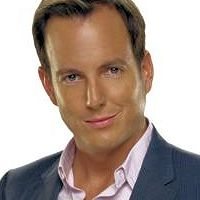 I had the chance to participate in a telephone interview today with the star of “The Secret World of Arrietty,” Will Arnett. Will plays the stern but lovable Pod; Arrietty’s father in the new film from Walt Disney Studios and Studio Ghibli.

Will, who’s a Canadian actor, has been working in film and TV in the US since the mid-90’s. He’s best known as George Oscar “G.O.B” Bluth II from the cult phenom “Arrested Development” which was sadly cancelled in 2006. It was the role of the quirky and failure-prone G.O.B. that sealed Will’s future as comedy icon.

Arnett’s gone on to do plenty of TV and movies since then and quite a bit of voice work including voiceovers for commercials, films, TV, and even video games. He currently stars in the NBC comedy “Up All Night” with Christina Applegate and Maya Rudolph and has been confirmed for participation in the “Arrested Development” mini-series to premiere on Netflix in 2013 which will include a 10 episode series followed by a feature film.

Pod and Arrietty on a "borrowing" mission

Will entered the call in his best G.O.B. voice but settled in within minutes and got down to business. When asked how he came to the role of Pod, he said he and his wife, Amy Poehler who plays Arrietty’s mother, Homily, were approached by Disney to do the project and he was thrilled. He’s done a lot of voiceovers over the last 10 years as well as voice work which prepared him for this more somber role. Many people see Pod as a stern role, but Arnett sees him a little differently.  “He’s kinda like the  steady hand in this story.”  He went on to say, “I was just happy that they (Disney) thought of  me in this way and it was exciting to go and do something that was a little outside of my comfort zone.”

As for playing a father, Will notes that before you’re a father you don’t really know what it’s like, “I don’t think I would have been able to play this with the same perspective had I not been a parent – it definitely had an impact on me being a parent. Pod is very protective of his family and he takes it very seriously.”

When asked if he’d had prior knowledge of the Studio Ghibli films he named off some of the most famous, “Spirited Away” (2001) and “Poyno” (2008) as favorites. He thought they were both amazing films and being a fan of the studio was one of the reasons he took the role. He saw the original Japanese version of this film and was touched by the story and happy to be a part of the US version. It was his first introduction to the story as he’s never read the book, “The Borrowers,” that the film is based on.

But why animated films?  “You kinda get to hide – as an actor/performer all you have is your voice and you’re working with these other individuals – it’s a different kind of collaboration.  It’s an interesting thing to be part of.”  But does he have a favorite animated role?  Will responds, “Right now?  “Arrietty!” with a giggle.  But he goes on to say that it’s the role he’s focused on now.

In the end, Will hopes that movie goers take home the message of tolerance and friendship from his newest movie and I suspect that he’ll get his wish.  “The Secret World of Arrietty” is a great film for children and adults and I hope you’ll make a date to see it this weekend.  It opens nationwide on Friday (2/17/12)

For more on the film The Secret World of Arrietty see:

Special thanks to the Walt Disney Studios for allowing me to participate in this opportunity.