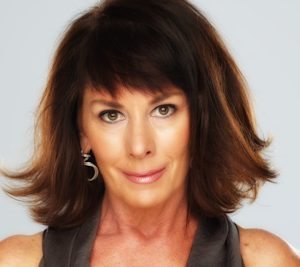 Paige O'Harra - the voice of Belle in Beauty and the Beast

I recently participated in a telephone interview with the singer/actor to talk about the upcoming Beauty and the Beast 3D limited run theatrical release. Paige O’Hara entered the call with a voice which was soft, sweet, and lyrical. She chatted breezily about her recent time in New York and her gratefulness of being back in the warmth of Las Vegas. Paige began the Q&A with the process of being chosen for the part of Belle. After multiple auditions and her partner reminding her not to get her hopes up because so many others were being auditioned as well, she became engaged to be married and found she’d gotten the role of Belle all inside span of 3 days. It was a whirlwind few days, but she always felt the part was hers.

While Paige hasn’t seen the new 3D version of the film yet, she’ll be seeing it soon, she noted that she’s seen one scene, the dancing scene, and liked the look of it. She commented on how Belle was meant to not look like the perfect princess and that Disney used parts of her face for the final film version, and they made her the first brown-eyed princess.

Paige relates to the character of Belle quite a bit. Especially the bits of Belle where she feels out of place and where she doesn’t belong. Paige was a theater kid listening to Gershwin while the other kids were into Led Zepplin. She shares an appreciation of books with Belle and like the future princess, as a young woman she wasn’t interested in finding a man, but in finding herself and traveling and discovering the world. And like Belle she put a life and career on hold to care for  parents when they needed it, something she doesn’t regret to this day

When asked if she expected Beauty and the Beast to become the classic that it is, Paige laughs and says, “I knew it would be special but I didn’t really think it would be the classic that it turned out to be until we went to the film festival in New York. And it was right before the film opened and it was a special premiere where it was about 60% completed and the rest was handdrawn, and coming from NY as a Broadway actress, I know how tough the audiences are and how tough the critics are, and after the film — first of all they laughed and applauded through the whole movie, but then after the film there was a 10 minute standing ovation from the toughest critics in the world. And I thought, ‘Wow, ok, this is something beyond what I ever comprehended it would be.’ And so I sort of knew then it was going to be a classic.”

She’s the voice of Belle in toys, CD, movies and more but the most wonderful moment was when she was honored with the Disney Legend award a few years ago. What’s it like to still be thought of as Belle today? “It’s fantastic!” she says with such enthusiasm that it feels like a smile being sent through the phone.  She shared with us a story of meeting a very small child during a recent tour.  The girl walked up to her, mouth open, and asked her, “Belle, were’s your ball gown?” The girl didn’t recognize the older Belle an yet when Paige sat down and started reading in Belle’s voice, the children gathered around and the magic continued. She went on to say that being Belle has been one of the greatest parts of her life. Her role as Belle will affect children for generations as did the film “Mary Poppins” and Julie Andrews. It’s her love for that show that led her to theater and it’s her hope that her role will lead new generations to discover their musical passions.

Paige has been a life-long hobby painter and she’s recently signed with Disney Fine Art- Collector’s Editions. She’ll be painting a series of original art pieces which reflect some of her favorite moments from the film. Several pieces are currently being produced and you can check them out and purchase them at the Disney Fine Art website. Additional there pieces are in the final stages and more will be coming soon. The series, which hopes to capture the magic of the original film, are loosely title “Belles by Belle”.

Paige O’Harra is currently starring in the long-running hit “Menopause The Musical” at the Las Vegas Luxor hotel. She plays an aging soap star who’s being replaced by a young ingenue. But the character bonds with the three other characters and by the end of the play she likes herself. “At the beginning of the play the audience hates her…in the end she’s loved,” notes Paige of her character. This is a very different role from the Disney part she’s played and as Paige notes, it’s a lot of fun. She’s also working on a new project. It’s a musical of Judy Garland‘s lifewhich she’d play the lead. The show is in rewrites at the moment, it’s too long and needs some trimming. But playing Judy would be her dream as she was her idol growing up. “I have had enough life experience to understand her, and so I’m hoping within the next year or so we can get this back on its feet and maybe tour it and take it around the country and then I can portray Judy in a very positive light.”

I’d have to say after speaking with Paige that it’s nice to see her  vibrant and still acting and singing in her 55th year.  May she have many more years to continue creating and sharing with us all.