Disney’s classic tale, Beauty and the Beast 3D, will be in theaters for the first time ever beginning January 13, 2012.  This limited engagement will give you a chance to see this phenomenal film in a new way.   I love 3D and saw this film in the theater when I attended a sneak preview last month in NYC and on home video, and both are simply stunning. Which version is better? Both.

The theater version gives you a chance to experience the film in digital 3D on a theater-sized screen. The sound in theaters is generally better quality than even the best home surround-sound version so again, you’ll likely have the best experience in the theater. Plus, unless you have a 3D television at home, you’ll have to stick with the DVD or Blu-ray version of the film, and once you see the 3D format it’ll be hard to go back to standard DVD quality.  Plus you get to see the very funny Tangled Ever After short that’s only being shown in theaters.  It’s the story of what happened after Tangled ended and is a sweet little short that fans will love.

If you do own a 3D TV and compatible 3D player, by all mean purchase the film. First because you’ll likely watch it time after time; but more importantly, there are some fabulous special features that make it worth the price of the movie alone. This 5-disc set offers amazing behind-the-scene interviews with the animators, producers, and each shares remarkable information regarding how the movie was made, the trials and tribulations of making it, and of course the triumphs. All along the way you decide what additional information you want to visit – like learning more about the art of the fairy tale and the original “Silly Symphonies” that Walt produced and how those ideas grew into the full-length films that would eventually become the basis for the vast Disney vault. You get to visit the Disney archives and meet the people behind not only this film but “The Nine Old Men” who were the original Disney animators and learn more about their gift to the present-day animators.

You’ll also learn about the Beauty and the Beast  characters and how they compare to other Disney characters. Why each was given specific features and mannerisms to tell the story. How the town and Beast’s castle are based on an actual visit to a French location, but that it’s fanciful and only exists in animation and not in reality. Additionally, how the backgrounds are made to highlight the characters but that they  must be to tell a story on their own.

The 5-disc set is a great way to immerse yourself in the Disney experience an d I love the addition of 3D.  I’m happy to have this beautiful movie as part of my permanent collection.

So, which will you see?

Walt Disney Animation Studios’ magical classic “Beauty and the Beast” returns to the big screen in Disney Digital 3D™, introducing a whole new generation to the Disney classic with stunning new 3D imagery. The film captures the fantastic journey of Belle (voice of Paige O’Hara), a bright and beautiful young woman who’s taken prisoner by a hideous beast (voice of Robby Benson) in his castle. Despite her precarious situation, Belle befriends the castle’s enchanted staff—a teapot, a candelabra and a mantel clock, among others—and ultimately learns to see beneath the Beast’s exterior to discover the heart and soul of a prince.

Featuring unforgettable music by Howard Ashman and Alan Menken, and an enormously talented vocal ensemble, “Beauty and the Beast” was the first animated feature to receive a Best Picture nomination from the Academy of Motion Picture Arts and Sciences. 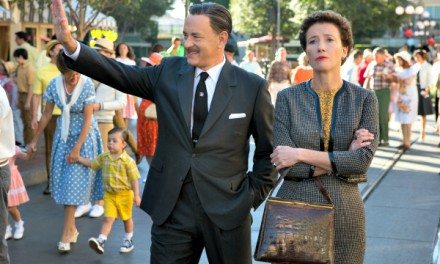