Thankfully New York is fashionably late.  So my arrival to the Steven Spielberg theatrical release of “War Horse,” at the Lincoln Center for the Performing Arts, at five minutes past the scheduled start time may have left me frazzled, but it meant that I didn’t miss a thing.  Unfortunately I had to rush through the red carpet so I only have a quick video, of Steven Spielberg at least, to share of my own, but I’ve added some of the pool footage as well as some of the other bloggers all dress up in their red carpet dresses before the event and then after.

When the lights finally dimmed, we were rewarded with Mr Spielberg himself.  He greeted the crowd and then introduced the cast of his newest film.  He thanked them all for their hard work and they left the stage after only a few moments.  The main event was about to start and the tension was palpable in the ornate and historic theater.  The opening music set the tone for a film that was powerful in sight, sound, and story.  The film starts with the introduction of the horse as a main character and I’d love to tell you more but I’m not able to until closer to the release date which is Christmas Day.

What I can tell you is the movie is dark – in storyline and in cinematography.  It highlights a time in history where hardships were a very real part of everyday life.  Where livelihoods could be wiped out by one bad rain.  And where war become a part of everyday life.  And in this film the war is very real.  Very gritty. Very graphic.  In the days of WWI, the battles were fought eyeball to eyeball and you saw your enemy. And sometimes that resulted in seeing your enemy was a lot like you. And sometimes an animal can make you drop your feud, if only for a moment, to come together for a greater cause.

But is “War Horse” a good movie?  If you can handle the violence and enjoy it for the love story it is, then absolutely.  At the heart of the movie it’s about caring for someone or in this case something, with all your heart and bonding so strongly and with such trust, that you can weather all the misery that comes your way.  Were there a few things that bugged me? Some minor things like “Hollywood” rain and weird lighting where it’s obvious the actor’s face has been lit but the surrounding area is not.  But I’m being picky.  It’s a great film, but I definitely think it’s earned its PG-13 rating.

The standout cast member for me is young Jeremy Irvine.  He’s completely believable and lovable as Albert Naracott, the lead character in this fully character-driven movie.  Jeremy is a British stage and screen actor who’s better known (until now) on the other side of the pond.  I suspect the American audiences will embrace him after seeing this performance. 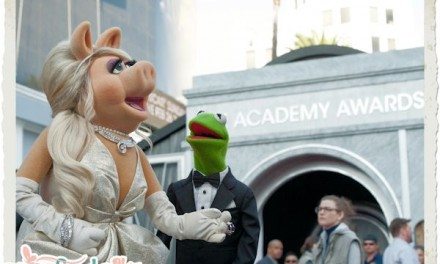 Say No to Turkey and Yes to Pig and Frog This Thanksgiving!

The Muppets Invade the Small Screen to Promote Their New Movie