This is the 9th Family Movie night in a series sponsored P&G and Wal-Mart as a way for parents and their children to spend quality time together.  The movies generally target the difficult tween and tween age groups and this one is no exception.

This movie is centered around gaming and growing up – Zach, a wiz kid gamer, wins a scholarship to an exclusive video game design program and his future looks promising.  He joins other brilliant kids, all with their own quirky personalities and lives wrapped around gaming.  There he’s teamed up with other young adults who will compete with him as a team to stay in the program that only half will make it through.  But the freshmen project is a tough one and one that takes everyone on the team doing his best to win.  But Zach is distracted by his father’s money troubles and he makes some choices that jeopardize his position in the program and worse, in the team.

There is a love interest, a “villain,” and someone who makes a decision to do the right thing and all of these people help Zach make his own choices that ultimately will decide his future fate.  So is it a good movie?  I loved it.  The acting is pretty fantastic and the storyline compelling.  I think it’ll definitely keep the preteens, tweens, and teens interested and there’s plenty of today’s lingo for them to feel included.  Parents on the other hand who don’t play the popular video games may not understand some of the dialogue.

There’s also a lot of video game playing and thankfully they show most of it as active game play, but sadly we know that it’s not really the case.  Brands are highlighted throughout the movie, especially Xbox Kinect, but it’s not overpowering and there are some healthy breakfast messages as well.

Watch the premiere of Game of Your Life is on Friday, December 2 on NBC at 8pm ET/7pm CT.

Tweets this from now until the #FamilyMovie Twitter Party and you’ll be eligible to win one of two $50 Amazon gift codes!

Following in the success of the most recent film Game Time: Tackling the Past, the newest P&G and Wal-Mart Family Movie Night collaboration Game of Your Life premieres Friday, December 2 at 8/7c on NBC.

Please note:  I wrote this review while participating in a campaign by Mom Central on behalf of P&G and received a promotional item to thank me for taking the time to participate. 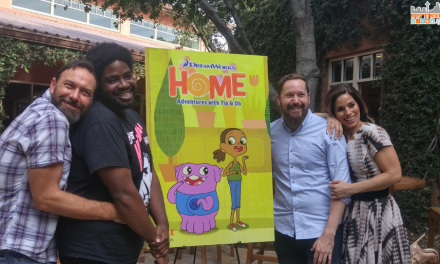 The Muppets Invade the Small Screen to Promote Their New Movie