My father served in the Navy during WWII.  He lied about his age and went in when he was 17.  Being so young and immature, he got himself in a lot of trouble and ended up in the kitchen of the navy ship he was sent to serve KP duty for the majority of his enlisted time.  Dad actually loved working as a cook and when he ended up with a family of 5 kids years later, he was often our cook.

We had Navy-style meals including meatloaf which consisted of ground beef and any leftover he found in the refrigerator.  Beets to beans; hardboiled eggs and hotdogs.  As a kid I was horrified, but now I find it funny.  We also ate SOS (the OS stands for “on a shingle, I think you can figure out the first part – dad took the cussing like a sailor part to heart).

Both my brothers served as well.  My oldest brother served in the Air Force and the younger in the Navy.  Now my nephew is joining the Army in December.  I think we’ve got just about every arm of the service covered!

My father passed away in 1988 and to honor his memory, I’ve been sending boxes to active military members through AnySoldier.com for years.  It’s my way of giving to those who are working for us.  It’s easy to participate and I love reading through the stories of the service men and women I send items to.

Now Cheerios® and the USO have partnered to send “Cheer” to military families with their Cheerios sendCheer campaign.  Just look for specially marked boxes that feature preaddresses postcards and you can send a note of encouragement to a member of the military.  How cool is that!  Even better, for every postcard received, Cheerios will increase their already generous donation to the USO of $150,000 an additional donation of $1, up to an additional $100,000 based on the number of postcards received by 11/30/2012.

How Does the Program Work?

Locate a specially marked Cheerios cereal box in your grocery store.  After purchasing the box, follow these  3 easy steps!

The USO will distribute the completed postcards to military families on bases and in USO centers.

This post has been compensated as part of a sponsored charitable opportunity for Collective Bias. Opinions are my own 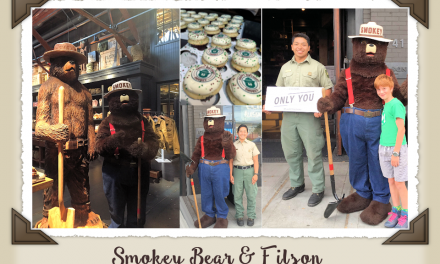 flipflop Wines – Share a Bottle for a Good Cause and a Challenge!