I have big, ugly teeth and a gap that rivals Madonnas.  Still, it never stops me from smiling.  Sure, I’d love to get my teeth straightened, but at 50 that’s probably not likely.  And I have tried home whitening products before, but they were so painful I never made it through an entire whitening session.  Still on the search for whiter teeth I purchase an offer through LivingSocial that our dentist put out for Zoom Whitening ($600 usually, $199 for coupon).  Yes, I spent $400 – a gift for the hubby and myself.

The hubby did his whitening, and when he came home, he said it was the most painful thing he’s ever gone through.  He spent an hour or so with his mouth spread open while caustic chemicals that burned like the dickens was applied to his teeth.  He told me I’d never survive, and I believe him. Worse yet, his teeth were whiter, but not by enough to make it worth the pain.

I happened to be watching the live feeds of CBS‘s “Big Brother” some time ago, and the HouseGuests were using these Crest 3D Whitestrips. They didn’t identify them any further, but 3-4 of the houseguests used them and raved about them.  They all claimed they were pain-free, and the other HG’s could see an improvement in the whiteness of their teeth.  So when the One-to-One Network asked to try the Crest 3D White 2 Hour Express Whitestrips, I said yes immediately!

Check out the video above for my before shots (including one with a piece of white paper -yikes) and the process of applying Crest 3D White 2 Hour Express Whitestrips to my teeth.   The hardest part?  Not eating or drinking for two hours.  I’ve been stress-eating for the last three days….it’ll be nice to be forced to take a break.  I’ll finish up the video and post the after in a day or so.

I whitened for myself.  Who or what would you whiten for?

Disclosure:  I was provided a package of Crest 3D White 2 Hour Express Whitestrips as part of a  campaign hosted by One2One Network. By participating, I will also be compensated for my time.   All opinions are 100% my own – always have been; always will be.

My Father’s Day Plans and Favorite Dad Blogger Shout Out 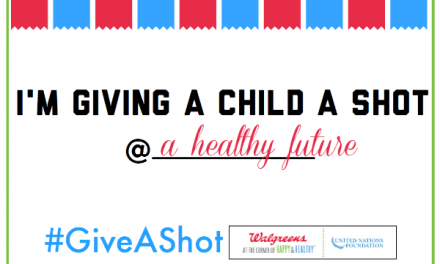 Vaccinations – Get one, Give One at Walgreens

More in Health and Beauty

The Painful Part of Turning 50 Solved by Walgreens