Buzz and Woody of Toy Story fame also attended the event to help celebrate Pixar’s 25th Anniversary as did Miss Piggy and Kermit the Frog.  Not in attendance were the stars of Oz The Great and Powerful.  They’re currently filming in Detroit, but the film’s director Sam Raimi and stars James Franco, Rachel Weisz, Michelle Williams, Mila Kunis and Zach Braff sent a video with a first look at the making of Oz The Great and Powerful via a taped piece from the set of the film – this is one movie I’m really looking forward to.

Photo Highlights from the 2011 D23 Event

The D23 Expo is a once-a-year event that brings the entire world of Disney to Fans under one roof at the Anaheim Convention Center.  This event gives Disney’s Ultimate Fans unprecedented access to Disney films, television and theme parks.

Why D23?  The name pays homage to the year Walt Disney opened his studio in Hollywood and all the wonderment and magic that’s been created there.  This is the first OFFICIAL community for Disney fans and it puts you in the middle of the magic with a  quarterly publication Disney twenty-three; an official website; an exclusive collectibles line, The Walt Disney Archives Collection; and truly special events for D23 Members throughout the year  culminating in the the amazing  D23 Expo in Anaheim, California which was held these year from August 19-21, 2011.

Want to get into the insider’s group?  Become a D23 Member online, or at select shops at Disneyland Resort and Walt Disney World Resort and . 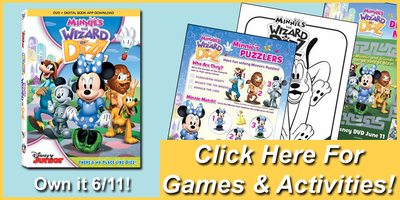 REVIEW: Every Girl’s Guide to Life by Maria Menounos