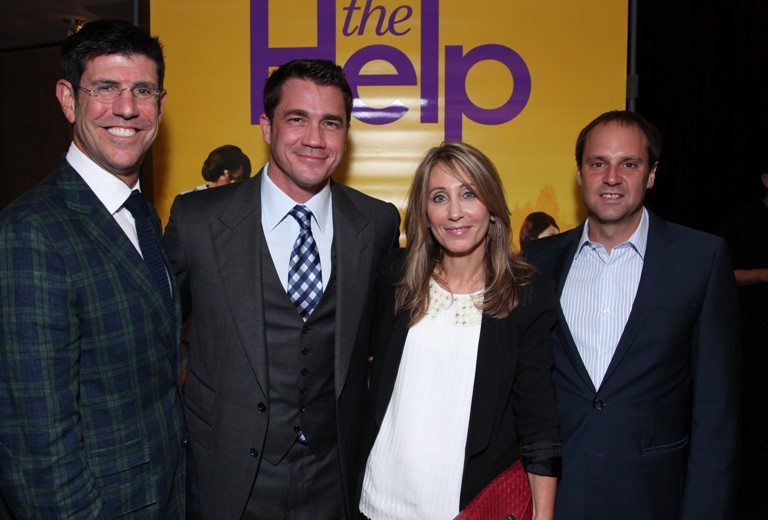 I’m continuing with the interview with DreamWorks CEO, Stacey Snider.  You can read part one regarding how the movie came to be made here and about the theme of Motherhood here.

As the group settled in, we started addressing the tougher questions.  The first blogger to speak up specifically asked Stacey what the feedback from the African American community has been.

Stacey told us that when DreamWorks finishes a movie they look for audience feedback.  “… we take it to audiences that are just recruited and our first recruit was here in Pasadena and it was a mixed audience and it scored really well.  The reaction was great but I was concerned how Africa American women were gonna respond to it.  So we took it to Chicago to an almost exclusive African American audience and they loved it, they really loved it.  Now, you know, it is without a doubt a different experience and more painful for some women but, not to the point where it seems that there has been any rejection.”

In fact, an African American blogger noted that the movie was very powerful for her but she didn’t cry, because she’s heard these stories from her grandmother and great grandmother.  But even so, it was powerful with a painful edge and that she was pleased that the movie was still entertaining while retaining the pain.  Stacey replied, “Well that’s all Tate…we think that the relationship with Celia and Octavia is very heartwarming but not too painful. You know, they’re both outcast.  Sugar Ditch is a real place which I didn’t know but it’s a real place that’s, uh, you know, poor white trash.  So, Celia was just as ostracized and discriminated against as some of the black characters.”

Stacie continued, “So I think that there’s a blend of truth to it and humor … when she (Allison Janney) says  you need to goat.  What does she say?  That love and hate are the twin horns of a goat and you need a goat….there’s real love and humor in it so what happens I think is that you let your guard down. So then when it gets serious it’s like a punch in the solar perplexes.”

Stacey went on to say that she loves all the movies that they make, but this one is a special one.  “I love this movie and it really reflects I think the values of DreamWorks.  Steven is known for humanist movies, movies that shed some light on the human condition, but in a popular way. No one wants to pound anyone over the head with it…. it is an underdog story that Kitty (Kathryn Stockett) got the book published.  It’s an underdog story that Tate got it made.  It’s an underdog story that Aibileen gets that last word in.  You know, when she says you’re a godless woman and she walks out, you know, go Aibileen!  It’s really her movie. It’s really her movie.  It starts with her and it ends with her so I think that those feel like values that mean something to us here so it took on special significance.”

Stacey shared with us that Tate brought with him to this movie project an unfinished documentary o women, both white and African American, who lived during the time period shown in the film.  In fact, the maids in the movie who rally to create the fictional book in the movie are the actual women who worked in the houses in Jackson.  One of them is the woman who raised Tate. Stacey remarked about the documentary,  “I think we’re gonna finish it for the DVD …interviews of women from the south, black and white, and their experiences. You know, there was one, one couple that sat right next to each other and they said, you know, we are best friends.  We’ve been together forever and the white woman was in her 90s and the black woman was in her 80s and they seemed like sisters.  But the white woman would say now, of course we don’t eat together but we’re best friends and you’d think how can this be?

Stacey went on to say that the story in the movie about the white man who bought two-acres of land for his black caregiver is true.  It came from the documentary, it wasn’t in Kathryn’s book.

An African American blogger shared her own memory about growing up during this period, “You know, my grandmother kept children.  We were jealous of those children and they were jealous of us.”

Stacey nodded and said, “You know what, there’s one girl in the documentary who’s in her 20s, whose mom raised white kids and she talks about how much she missed her mom. She’s engaged to a white guy.  So she’s a black woman engaged to a white guy in the south and so she had an incredible story to tell because she says that part of the reason that she felt like she could fall in love with a white guy is that she would play with the white kids that her mom raised.  So she was mad at them half of the time, but, raised like their brothers and sisters the other half of the time. So their stories are still happening and worthy of being told.”

Photo of the Day: America’s Sweetheart Jordan Lloyd of Big Brother 11 and 13