How the Movie Came to Be

As part of the Disney/DreamWorks/Pixar event trip to LA I took in June, I got the opportunity to participate in a group interview with Stacey Snider, DreamWorks CEO.  Now you must know that this incredibly beautiful and professional woman walked into the theater where 22 women bloggers had just finished watching “The Help” and as such, she was greeted by 21 sniffling women, red faced from crying, and a few still sobbing.  It had to be surreal; I know it was for me.  She was incredibly kind and very gracious and within a few minutes, she had me, woman #22, crying as well.

One of Stacey’s first questions was to ask how many in the audience had read the book.  It appeared about half had.  She mentioned that,”It’s funny how people have strong feelings about, who’s Skeeter, who’s Minnie, who’s Aibileen, who’s Celia.  You know, we tried to really cast it as truthfully as we could.”  She went on to explain, “Well these girls were young and that’s what we wanted to do was really present the reality which is that it was young girls hiring women that had raised them, that were old enough to be their moms and would be therefore presented in a kind of a loving but awkward relationship and if the girls were older it wouldn’t have been as kind of heartbreaking.”

Emma Stone as Skeeter in DreamWorks “The Help”

Stacey explained that she’d read the book before it was published and she loved it.  The book initially didn’t take off, it was more word of mouth and it slowly built up to the best seller that it’s become.  Because of this, she hadn’t sought the movie rights from the author, Katherine Stockett.  And by the time she tried to acquire them, Katherine had already given the rights to Tate Taylor.  Tate Taylor was Katerine’s childhood friend from Jackson, Mississippi. They were best friends growing up and both lived with their single moms and raised by African American women who were like their moms.

Stacey brought on my tears when she shared with us that, “Tate was kicking around as an actor and a writer and a director and Kathryn was just trying to find herself and after 911 they were roommates, platonic friends, roommates in New York City.  She really was distressed obviously by 911 and couldn’t stay in New York.  Didn’t want to stay there, felt very unsafe and Tate said go back to Jackson and go home, maybe you’ll feel better there.  And she did and she didn’t feel any better and she moved back to New York and he said to her well, what would make you feel safe?  Where would you feel safe in the world?  And she said on Demetrius’ lap and Demetrius is like Constantine.”  Yep, that’s when I finally lost it and started crying. It brought the book, the movie, the story home in its reality.

Demetrius was the woman who raised Katherine and the book came from short stories she wrote about Constantine based on Demetrius.  When Katherine completed the book it was rejected by 60 publishers.  When the book was finally published, Stacey contacted Tate and said, ‘…why don’t you give us the film rights and you can watch how we make the movie and you’ll learn and it’ll be a great apprenticeship experience for you. And he said no [LAUGHTER] and I said well, you know, it’s really hard to justify giving the amount of money that it will take to do a good job with this movie to a first time director but call me if you don’t get it set up.  And by the time he called me he had written the script which was beautiful and it proved more than just that he had ambition. It proved that he actually had talent.  Still doesn’t tell you if he can direct a movie but when you read a script that was as emotional and respectful as it was, it was a good sign.”

It was with this outstanding screenplay that Stacey went to work bringing in the best crew she could acquire –  Stephen Goldblatt who is an Academy Award winning director of photography.  Sharon Davis was brought in as the costume designer and Mark Rickard, production designer did all the houses and sets.

Stacie noted with a smile, “You know, it was a great story of their loyalty to each other and I think from our standpoint it was a leap of faith but we have had good success working with first time directors.  It’s scarier than when you’re working with someone with a track record but everybody’s gotta start somewhere.”

End of part 1 – Tomorrow I’ll share the sets, casting, and more and don’t forget that “The Help” is opening nationwide 8/10/11!

Photo Credit:  We were not allowed cameras on the DreamWorks Studio Lot – the group photo was courtesy Disney through Louise at MomStart.com   all other photos ©DreamWorks and used with permission. 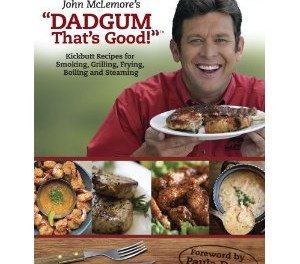 Photo of the Day: America’s Sweetheart Jordan Lloyd of Big Brother 11 and 13