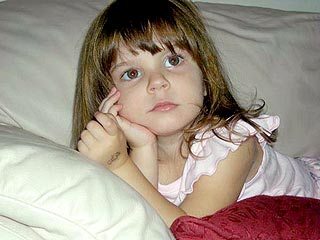 This post was inspired by one at Our Ordinary Life — Casey Anthony, What If The Jury Was Right?

Now that the jury trial is over, more victims can be added to the tragedy.  Those jurors, many of whom likely thought Casey Anthony was guilty of murdering her daughter but because of the lack of evidence had to find her not guilty, must now live with the decision for the rest of their lives. And that’s a burden that’s being added to by the millions of people blaming them for the failure of the evidence.

The jurors can’t overstep the bounds of the law and only the people in that jury room know what was discussed and why they were able to come back with a not guilty verdict so quickly. And yet, the social media avenues are filled with hatred for these people who were doing their civic duty. Had you or I been in one of those seats we very likely would have come up with the same decision, even if in our hearts we were certain Casey Anthony is the reason that Caylee’s body was found bound and gagged.  The guilt that these people will suffer will be forever, and over something they personally were not involved in, and I believe we should support them.  If you want someone to “pay” for this sad and senseless murder, go after the evidence.

And since I didn’t watch every moment of the trial or read the transcripts, I’m going to have to go on the advice of someone who did.  An alternate juror has come forward to say that the prosecution didn’t present evidence to sustain a murder or manslaughter charge and they also failed to show motive.  Poor judgment on  Casey Anthony’s part, in a string of bad judgements over years, isn’t enough.  Perhaps if this was unusual behavior it’d make sense, but this woman apparently had been a liar and party girl forever.  And, they didn’t provide proof on what killed Caylee.  After sitting through the entire trial, the alternate juror agreed with the not-guilty verdict.  Again, that’s not to say that the alternate juror didn’t think Casey Anthony wasn’t guilty, just that the verdict was correct.

I guess in the end it’s best just to walk away and not place blame.  You can’t blame the prosecution for evidence that didn’t exist and you can’t blame the jurors for a verdict they legally had to give.  Maybe it’s time to walk away and honor this little girls life by doing something positive.  Her grandparents have suggested that we donate in Caylee’s name to families in need, religious centers, or any other entity where the toys (or money) would be appreciated.  I say, that’s a lot better use of our time that filling up the social media streams with outrage and anger that has nowhere to go.

Baked Goods, Bruises, and Birds – So This is Saturday

Dealing With The Post-Holiday Blues?

Coco Chanel Quotes: I Am Not Young But I Feel Young….