Long ago, John Lasseter’s imagination placed Mater in Paris. He wondered how Mater would make his way through the giant roundabouts around the Arc de Triomphe.  What would Mater do on a road filled with cars but no signals and no lanes?   This is just one of the comical scenes that take place during the Paris leg of the race.

The film includes a montage of Paris with a shot of the famous monument and Mater trying to merge into traffic. And, as in London, the production team car-ified the Arc de Triomphe.  This time they designed the top to be in the shape of an engine block and completed the transformation by adding headlights in the front features. The Paris montage also includes a romantic bridge scene of a kissing car couple.  The “girl car” was painted lavender in Lasseter’s wife’s favorite color and the bridge is meant to resemble the Pont des Arts — a location frequented by Lasseter and his wife Nancy whenever they visit the City of Love.

Even the Pont des Arts in “Cars 2” was car-ified.  It’s been “constructed” with automobile leaf springs which are a type of spring used in a car’s suspension.  The Eiffel Tower makeover takes it back to the 1930s and it’s shaped like a European spark plug while the base features a French wire wheel.  The majestic  Notre Dame Cathedral has been made over with 24 “car-goyle” statues and flying buttresses in the shape of exhaust pipes.

“CARS 2” LE VROOM – Pixar reimagines Paris’ iconic Eiffel Tower in Disney.Pixar’s “Cars 2.” While the real Eiffel Tower was built in 1889, artists from Pixar Animation Studios began “carifying” it in June 2009. Concept art showcases the “carified” elements-the arches at its base take the form of wheels topped by car grill facades; the Tower’s top sports a modified spark plug and car antenna. This concept art was created to help design the look of the film before the set was built in the computer. With all-new characters, comedy, heart and an action-packed tale of international espionage, Disney.Pixar’s “Cars 2” hits the track on June 24, 2011 (U.S.), and will be presented in Disney Digital 3D and IMAX® 3D in select theaters. ©Disney/Pixar. All Rights Reserved.

The “Cars 2” team  also explored the car showrooms on the Avenue des Champs-Elysées and visited the Grand Palais Museum and the Louvre. They attended the Bastille Opera and the Musée d’Orsay and wanted to incorporate Les Halles into the film. Sadly the old food market was removed in the ’70s, but it was lovingly resurrected for “Cars 2,” and transformed into a marketplace of spare auto parts. “It ended up being this really evocative space,” says Harley Jessup, the Production Designer, “a vast, cast-iron structure, big enough for the cars to chase through, and there’s this whole gypsy marketplace happening inside that is texturally really remarkable.”

“It was really fun for me to get to work in Paris again,” continues Jessup. “We studied it so much for ‘Ratatouille,’ so it was a treat to be back there. Paris is really beautiful.”

To make the Paris scenes feel authentic, Sharon Calahan (Director of Photography–Lighting) paid homage to “Ratatouille,” purposefully using a similar soft warm broken lighting approach. Add to this the amazing music of Oscar®- and Grammy®-winning composer Michael Giacchino.  He wrote a French song called “Mon coeur fait vroum” (“My Heart Goes Vroom”) which is sung for in the film by singer/songwriter Bénabar, a popular and admired French singer.  The song provides a musical introduction to Paris.

Paris is a magical place in the “Cars 2” movie.  Enjoy! 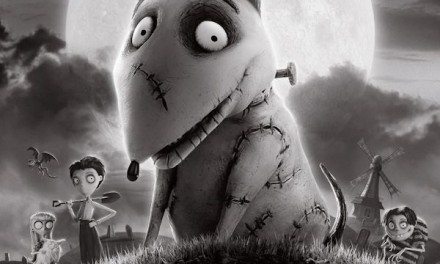