John Lasseter and a group of bloggers at the Cars 2 global press junket at Renaissance Hollywood Hotel on June 18, 2011 in Hollywood, Calif. (Photo by Deborah Coleman / Pixar)

Cars Land is scheduled to open at Disneyland in 2012 and John Lasseter couldn’t be more excited.  John grew up in Whittier, CA, and he knew he wanted to be a Disney Animator early on.  He got a job at Disneyland as a sweeper in Tomorrowland in 1977 and then moved over to the Jungle Cruise, “it was the most fun job I’ve ever had.  And I do want to recommend to all your children and your readers…that jobs at Disneyland are one of the great things your kids can do.”

Mr. Lasseter’s son graduated from college recently and he’ll be taking a year off before starting graduate school to work for one more year at Disneyland because he loves it so much – evidently it runs in their blood.  Mr. Lasseter described Disneyland this way, “…it is college without the homework, you know.  It is all the fun stuff. It’s amazing being at a place where everyone is happy all day.”

And now, an entire land is being created based on the characters of Cars, in the place of his childhood, “…one of my favorite place in the world, Disneyland.” The new Cars Land will be spread out over 12 acres and will include three new rides. “The quality of work that’s being done there, there’s a quaintness to it, it’s really like old school Disneyland…and that’s what California Adventure has needed.”

Mr. Lasseter said the new design will include a 1920’s Los Angeles that runs to Tower of Terror.  You’ll be transported to Radiator Springs and Stanley’s Oasis.  It’ll be wonderfully kitchy and have an old Route 66 feeling to it.

Blending the magic of Disney stories and characters, the legendary adventure and excitement of Route 66, and California’s celebrated car culture, Cars Land recreates the memorable town of Radiator Springs just as it appeared in the Disney·Pixar animated classic, Cars.

You’re invited to a town built for, and by, cars. All the locals are home including Lightning McQueen, Sally, Mater, Doc and their friends. The whole city is recreated in loving detail — complete with three new attractions. You’ll float on Luigi’s Flying Tires, dance to Mater’s Junkyard Jamboree and rocket through the desert on Radiator Springs Racers. 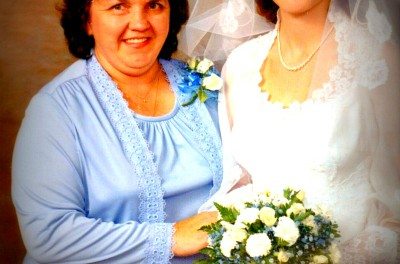 Taking the Virgin to LA – What a Great Trip