As part of the Disney Dreamworks Event I attended last week in Hollywood, I got to participate in a group interview with John Lasseter.  Mr. Lasseter is the chief creative officer at Pixar and Walt Disney Animation Studios. He is also currently the Principal Creative Advisor for Walt Disney Imagineering.  But he’s also the proud father of five boys and husband to his fabulous wife (whom I got an opportunity to briefly meet).  I was amazed at his obvious pride and love for the Cars 2 characters and crew. It was evident from the Hawaiian-style Cars 2 shirt he was wearing and the huge smile on his face when he talked about the movie and how it came to be.

I thought I’d focus this first interview on the hot button topics being brought up about Cars 2. Specifically the questions surrounding the violence and drinking themes within the movie.  Mr. Lasseter addresses both with us during our recent interview.

When asked what the thought processes and production process Disney/Pixar used to be sure they were hitting the right target age with a family-friendly message, Mr. Lasseter responded that many times he’s gone to the movie theaters as a dad, not a filmmaker, only to find that a film that’s been advertised as a family-film is filled with language that is inappropriate or a subject matter that his kids are not ready for yet.  He noted that Hollywood tends to lean toward edgy. “Because they want to appeal to the core movie going audience which is kind of a little older. And so they feel they have to do these things or kind of humor that is, you know, fart humor or something like that.”

He went on to say that “good fart humor every now and then in okay, you know, because we all deal with it with our kids…” But he assured us that he’s devoted to making movies that parents will love as much as the kids and ones that we won’t mind watching repeatedly.  His goal is to make movies that in the ends are wholesome because there’s a nice message.  However, he made it clear that, “We don’t make our movies to teach lessons.  We’re not into that.  We have great messages in our film that are there to help tell the heart of the story.  And, and I take great responsibility and there’s certain things and that’s what I said right away about the alcohol because it’s important for me.  We never have smoking in our films, you know.  We have smoking tailpipes but, you know, they’re cars but we don’t have smoking.”

Some reviewers, including myself (you can what I had to say about it here), have mentioned the drinking scenes in Cars 2.  Mr. Lasseter stated, “I’m very conscience about alcohol in the films and it seems like there’s a lot of drinking. It’s all oil. They don’t drink alcohol and drive.”   He went on to say, “There are martini glasses.  There’s beer glasses and like that because it fits for the setting of the film, the big parties… It just sort of made sense.  But in all those cases we do make a point to put oil on there.”

The weapons and shooting have also been questioned in the G-rated movie by some reviewers.  Mr. Lasseter addresses it as well, “Violence is something we take a look at.  The Incredibles and Cars and are both a certain kind of genre… I’m very conscience of the violence in there….there’s a certain level that is accepted for the kind of genre that they’re watching, superheroes or kind of spy movies.  And then there’s stuff where it starts being kind of cruel and we draw the line there.  We don’t want to do that even with automobiles.”

In the end, Disney / Pixar wants to tell a compelling story. One that keeps both kids and adults on the edge of their seat waiting to see what happens next.  Their goal is to fill the story with memorable characters, a great story, and set it all in a believable world, and that’s how we grow to love characters like Mater and McQueen.  In the end, every family needs to do what’s right for them.  It’s a great family-friendly film and it’s up to parents to decide his/her child’s readiness for cartoon violence and perceived drinking. 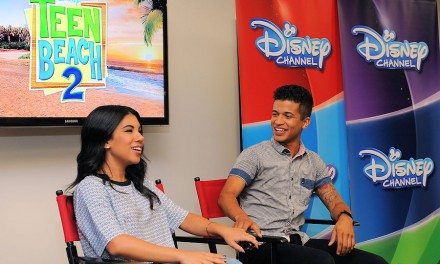 Book Review: TIME for Kids: Big Book of How