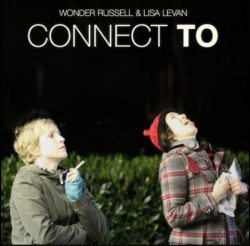 I like indie films.  They’re generally smart and lack the over production of studio films.  Yes, that’s a generalization, but in the case of “Connect To” it appears to be true. “Connect To” is a simple movie, shot mostly on a moving bus, that I recently had the pleasure of screening.

The movie focuses on two characters, both at a crossroads in their life, and the unlikely friendship they form while on their separate journeys.  The characters are full and rich and their friendship realistic.  The whole movie is under half an hour, but in that time I grew to love the characters and their quirks. I was genuinely sad when the movie ended because I wanted to see more of their life….not because something was missing or left out, but because they were so fabulous.  I actually cared about what happened to them next.  I loved the music that closed out the film.  Again, I wanted more; it was fabulous.

The two actresses, Wonder Russel and Lisa LeVan, are phenomenal.  They’re both local here to Seattle and both incredibly talented in so many ways – Lisa is a photographer and poet and Wonder sings (check out her MySpace page – stunning vocals).  They’re completely likable and approachable and I feel I know them even though we’ve never met.  Their online presence (links below) is warm and friendly and I enjoyed learning more about them.

If you live near Seattle, I highly recommend seeing “Connect To” when it airs at Seattle’s True Independent Film Festival June 8th at the Northwest Film Forum and June 11th at Jewel Box at the Rendezvous.

Disclosure:  I received a free screener of “Connect To” in order to write a honest review.

Luxury Globetrotting on a Staycation Budget by Ainslie Waldron