You’re probably wondering how anyone can mess up bird feeding.  Well, it’s easy. First the hubby put up so many feeders that it takes him an hour and a really tall ladder to fill them all.  Then it take $15-$25 a week for all the food because of course the cool birds, the ones he wants to attract, only like the expensive food.  And third, try to keep the squirrels from eating it all by putting them in insanely weird spots, buying expensive squirrel-proof bird feeders, and then feeding the squirrels too with dried corn cobs.  They’re REALLY expensive!

But, it’s a small price to pay for the passion it’s ignited in my husband.  Not only does he make the Hummingbird food, he now grabs my camera and tries to photograph the visitors…and he’s gotten pretty good at it!  Here are some that he took and a few I took of our most recent visitors….mostly Hummingbirds lately.

Now he’s lamenting that we only have two kinds of Hummingbirds here and I think he’s forgotten that for the last 5 years he’s been whining because we didn’t have any!  In fact, he actually complained about them the other day because he was on the 20′ ladder, rehanging one of the Hummingbird feeders (on my last count we had 4), and two of them started buzzing him trying to get at it.

He yelled to me but I didn’t hear him, so there he was, trying not to fall off the ladder (which was in the planting bed so not on firm ground) while trying to fend off the Hummingbirds – he said it was like being attacked by bees….shortly after he called them flying rats.  I’m thinking the honeymoon might be over for them soon, but he filled up all five seed bird feeders including the one he hung out in the middle of the yard.  Seriously, he climbed a tree and hung a rope from the house to the tree, about 25 ft up, so the squirrels couldn’t get it.  I did see a squirrel on the trampoline today eying it…. I say it’s only a matter of time before he gets up there.

Here are his most recent Hummingbird photos:

Hubby's Hummingbird in flight photo - he's pretty proud of this one - the food is a weird color because he doesn't use dye and he use organic sugar which isn't bleached white. The birds don't seem to mind at all! 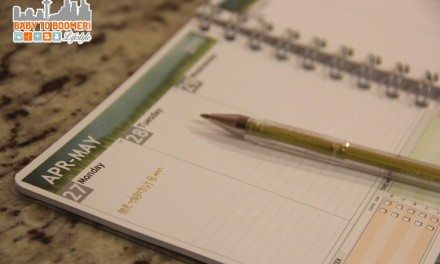 Get Ready For 2015 With Personal Planner