Make a Bird Feeder from Found and Recycled Objects

My husband and I love attracting birds to our yard. Over the years we’ve had lots different feeders and plenty of Hummingbird feeders, but none have been as successful as the simple feeders the hubby whipped up one afternoon.

He used some old Glad storage containers I’d been using in the office (that’s why one has Sleeping Beauty handwritten on it), some twine he found in the garage, an old carabiner, and his drill.  He just used the drill to make four holes in the edge of the container to tie the string through and then drilled a few more holes in the bottom in case the seed got wet.  Then he gathered up all the strings into one location and attached it to the carabiner .  The carabiner allows him to clip it onto the chain or rope hanging from the gutter so they’re easy to take down and fill.

Squirrel hanging out in the DIY bird feeder

Total cost?  Zero.  Bird’s enjoyment? Immense.  Is it pretty?  I’ve seen worse :).  And ues, the squirrels can get into it and we love watching them try, and the birds make a mess, which we love.  We hang them far under the eves of the house so they stay dry and it makes it a little tougher for the squirrels.  BTW, we’re the crazy neighbors who feed the squirrels, too. Hubby made a dried corn feeder for them that they adore.

Here are two visitors to the feeder today – they hubby took these pictures and I think they’re pretty awesome!  We tentatively identified them as Purple Finch – a male and a female.  Our Birds of the Puget Sound Region book says they’re becoming rare because of competition by the common House Finch so we feel really lucky to have seen them! 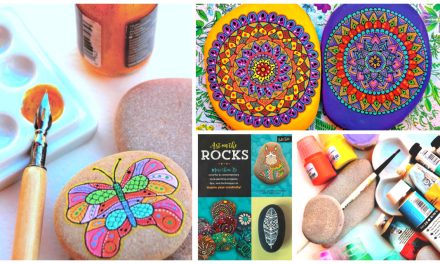 More in Everyday Crafts, In the Garden