I’m not very good at the wordless part of Wordless Wednesday, but this photo reminded me of a post I’ve been meaning to write.  Lately a lot of bloggers have voiced their displeasure at seeing “fat and lazy” people riding around on scooters at Disney – both Disneyland and Walt Disney World. I was completely appalled at the posts and surprised at the utter hatred in the comments section toward  people who choose to use a scooter to get around.  Most thought the reason the people are fat is because they’re riding, while others were convinced they were doing it to get ahead in line.

First let me say that I to would have used a scooter at Disney but didn’t because my son asked me not to, he was too embarrassed and would rather walk slower and see less than put up with people’s condemnation.  How sad is that! My mother on the other hand didn’t give a rats a*s what other people would think. She used a scooter and was in heaven. She went everywhere and saw everything – something she’d never have been able to do without it.

Is my mother overweight?  Yes, but can you see the scar running from her thigh to below her knee?  There’s an identical one on the other side. My mother has had both her knees replaced and while she’s more pain-free than before the operations, she still has problems walking. And yes, she’s gained weight.  First because walking was so painful before the operation and then after, because healing took quite awhile in one knee and her gait has changed so it causes pain when she walks. By the way, my mom is in her early 70s – she deserves to tour the parks any way she wants to 🙂

Me?  I have Multiple Sclerosis and while physically I’m fine right now, I suffer from chronic fatigue.  So walking the parks means I’m done within an hour or two. I also suffer from exhaustion afterward.  I was only able to go to the parks 1-1/2 days out of four because of my MS.  Had I used a scooter? I could have gone all four days.

So, my message is don’t judge.  Assume someone spending $70 a day (the cost to rent the scooters at Disney -$20 is returned as a deposit) is doing it because he/she NEEDS it.  I would love to be able to go and use one some day so that I don’t miss out on so much.  Mom had a great time – I love that. 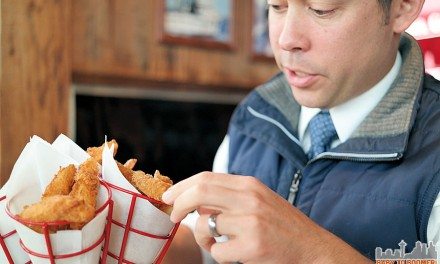