Another accidental find and one that I’ve thoroughly enjoyed is 30 Days – season 1, 2 & 3 which originally aired on FX

. The series was conceived and narrated by Morgan Spurlock.  You’ll likely remember him as the “Super Size Me” guy who ate nothing but McDonald’s food for 30 days and chronicled the events.  He uses that same 30-day format here to put himself, or others, into a situation that they’re either vehemently against or something they’ve never experienced.

The show has two main premises. The first was having two strangers live together for a month who are complete opposites on a particular issue.  The process is to completely immerse the visitor into the culture, religion, or cause of the host person.  There are ground rules the visitor has to live by. 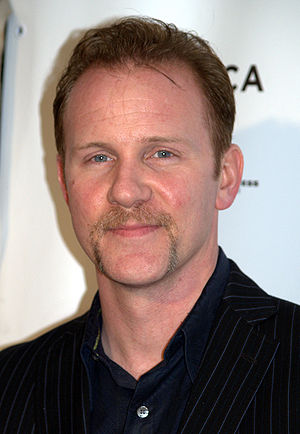 The other premise of the show is one in which Morgan himself goes into a situation that he’s unfamiliar with. For example, he becomes a coal miner for 30-days and in another episode tries to live on minimum wage with his girlfriend for 30-days.  All of the experiences feel real and nothing feels forced, scripted, or bias.  In fact, they seem to provide enough background information to show both sides to each issue.

It’s the first reality TV series that has a purpose and changed my life. After watching all three seasons I can honestly say I’ve changed the way I think on some topics and cemented my beliefs in others.  I loved the pure social experiment element of this format.  I found myself frustrated by some and brought to tears by others.  I will say I grew as a person seeing the passion on both sides of each issue.

My favorite? There were so many, but “Outsourcing” was one.  An outsourced IT worker goes to India to live with a Call Center Manager.  Another was Animal Rights where a gun-loving hunter spends time with a PETA protest organizer.  My most challenging view was the “Same Sex Parenting” episode where the conservative participant preferred that kids stay in the foster system rather than get adopted by a gay or lesbian couple.  It’s was really hard for me to watch.

Check out the series. I think you’ll enjoy it. Seen it?  Which episode was your favorite?

How Old Is Cher? Oh and Danielle Bradberry Won THE VOICE