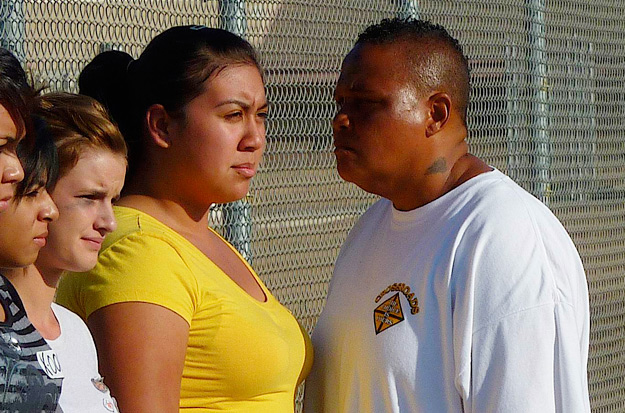 I’m a huge fan of some of A&E‘s shows. One of them that I’ve mentioned many times, is “Intervention.” It’s a must-see show for anyone with children, especially teens.  I also like “Hoarders“.  I feel both shows are educational and not just voyeuristic, and worth my time to watch and learn.

A&E has partnered with Arnold Shapiro to put out a new reality-based series called “Beyond Scared Straight“. It’s based on the Oscar-winning 1973 documentary called “Scared Straight“.  I remember that documentary vividly.  I was twelve at the time and it was the most graphic and disturbing thing I’d ever seen. 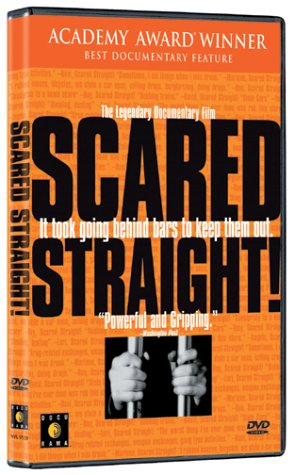 Back then I occasionally stole items from the grocery store; mostly make-up and candy. I knew it was wrong but I wanted the stuff.  I don’t think I ever did it again after the show.  I also never did drugs and I was able to grow up pretty much without any major issues in that regard.

Each one-hour episode focuses on a different inmate-run program in the U.S., and follows four or five at-risk teens before they attend the program, throughout their day inside the prison, immediately afterwards, and then follows up with them one-month later to see the lasting impact of the experience on their lives. Beyond Scared Straight is about transforming the lives of young people through intervention and second chances. -A&E website

I caught the first episode of the new series and it was just as in-your-face as the documentary. Maybe more so as these inmates were very intimidating.  Girls who’d been referred for the deferment program met one-on-one with inmates who had done similar crimes.  It was obvious some of the girls were affected by the event, others not.

It’s a real-life series that will take viewers on a journey into America’s toughest prisons to share the inmate-run programs who’s purpose is to let teens who’ve been identified as “troubled” about the reality of prison life. The hope is that by scaring them today with what they’d face tomorrow if they continue to offend, that they’take a new path towards a better life.

The show played to a huge audience.  An average of 3.7 million people tuned in on Thursday and of that group, 2.2 million were ages 18 to 49. Thus “making it the most-watched original series launch in the network’s history among all key demos,” A&E said in a press release.  It airs on Thursday nights at 10pm/9 C.  If you have teens or even pre-teens, it’s a must-watch show as a family.  The link below shows that this type of intervention may not work for all delinquents, but perhaps the bigger question is does it work on those who’ve not crossed the line yet.  It did for me, all those years ago.

Have a troubled teen? A&E provides links for places to look for help.