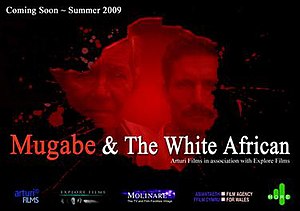 I knew about the redistribution of land in Zimbabwe, but I didn’t really know all the details and I certainly didn’t get an inside look from one family’s perspective, until today.

An unprecedented look inside politically fractured Zimbabwe under dictator Robert Mugabe, this documentary follows Michael Campbell, one of the country’s few remaining white farmers, as he bravely battles to protect his land from government seizure. After suing Mugabe for racial discrimination and human rights violations, the 75-year-old Campbell must brace his family to face potentially life-threatening retaliation.

During a particularly chilling scene, the Ben Freeth and Mike Campbell are confronted by the “new” black owner of the land. The land was given to him four years earlier by the government, but the white owner has been fighting the takeover in court.  This “new” owner shows up in a car that sells for $50k US and when questioned about the fact that he lives in an expensive home and drives expensive cars (remember, these farms were supposed to be given to those black Africans in need).  The homeowner mentions that these types of “new” owners are becoming rich by looting the farms after they own them and selling everything off, leaving a ruin behind.

Mugabe and the White African is a 2009 documentary film by Lucy Bailey and Andrew Thompson. The film documents the lives of a white family who run a farm in Chegutu, Zimbabwe, as they challenge the land redistribution programme that began in 2000. The film follows Michael Campbell and his family as he challenges Robert Mugabe and the Zimbabwean government before the Southern African Development Community tribunal for racial discrimination and human rights violations.[1] The film premiered in the UK on 21 October 2009 at the London Film Festival. – From Wikipedia, the free encyclopedia

In another chilling scene, a woman and her family are hastily moved out of their home while bandits look on waiting to steal everything left behind. The family that’s being moved would have been in the district for 100 years and the woman owner was born in the house that they took away from them.

“This is a community,” explains Ben Freeth, Mike’s son-in-law. “We’ve got 500 people that live on this farm: workers, wives, children. And it’s home for us all.” Photo Credit: www.mugabeandthewhiteafrican.com

Watching scene after scene of men riding around in open trucks, attacking people who dare to drive by and look at a farm, makes me realize that my son’s trip to Zimbabwe last year would have made me a nervous wreck had I known. Granted, he’s 25 so I can’t tell him what to do, but I’ll never be comfortable with him going there again.  What a shame, he enjoyed it and the people he met, but now that I see the pure hated for people for the sole purpose of being white, I’m nervous.  But then I see some of the black African’s on the documentary who aren’t participating and see the value in all people and it give me hope.

I understand why the redistribution happened, and I applaud the farmer for trying to save his land through legal means. But what I can’t understand and will never overlook, is the kidnappings and beatings of white people, just for being white.  I’m afraid that unlike them, I would leave.  But the farmer and his family took the kidnappings and beatings as something that made them stronger.

Violence is so wrong and sadly that’s how this ends. Although they won the case, Mugabe thugs burned the farm to the ground and all 500 persons living there lost everything. I’m so sad for them and wonder how I can help.  I’ll let you know if I find a way.

What’s sad is that this could truly happen anywhere. If the government came to you today and said that if you are of a specific race and you could no longer have ownership rights to something you’ve paid off after 20-years, to the items you’d purchased and maintained for the same length, what would you do?  Where would you move to?  I’m Irish, Scottish, and English but 4th generation American, so where would I go? 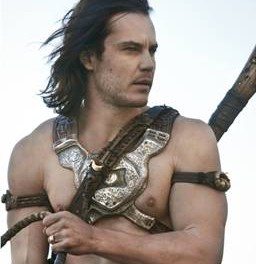