Each year the American Library Association (ALA) honors books and media for children and teens. They have been chosen for quality and original content in the field of children’s and young adult literature and media.  The purpose of the award is to give parents, educators, and librarians assistance in selecting the best materials for youth.

Here are the 2011 ALA Media Award Winners

The movement of the train rocked me like a lullaby. I closed my eyes to the dusty countryside and imagined the sign I’d seen only in Gideon’s stories: Manifest—A Town with a rich past and a bright future.

Abilene Tucker feels abandoned. Her father has put her on a train, sending her off to live with an old friend for the summer while he works a railroad job. Armed only with a few possessions and her list of universals, Abilene jumps off the train in Manifest, Kansas, aiming to learn about the boy her father once was.

Life isn’t like the movies, and eleven-year-old Turtle is no Shirley Temple. She’s smart and tough and has seen enough of the world not to expect a Hollywood ending. After all, it’s 1935, and jobs and money and sometimes even dreams are scarce. So when Turtle’s mama gets a job housekeeping for a lady who doesn’t like kids, Turtle says goodbye without a tear and heads off to Key West, Florida, to stay with relatives she’s never met.

Vera’s spent her whole life secretly in love with her best friend, Charlie Kahn. And over the years she’s kept a lot of his secrets. Even after he betrayed her. Even after he ruined everything.  So when Charlie dies in dark circumstances, Vera knows a lot more than anyone—the kids at school, his family, even the police. But will she emerge to clear his name? Does she even want to?

A Time of Miracles

Blaise Fortune, also known as Koumaïl, loves hearing the story of how he came to live with Gloria in the Republic of Georgia: Gloria was picking peaches in her father’s orchard when she heard a train derail. After running to the site of the accident, she found an injured woman who asked Gloria to take her baby. The woman, Gloria claims, was French, and the baby was Blaise.

When Blaise turns seven years old, the Soviet Union collapses and Gloria decides that she and Blaise must flee the political troubles and civil unrest in Georgia. The two make their way westward on foot, heading toward France, where Gloria says they will find safe haven. But what exactly is the truth about Blaise’s past?

Join in the latest fun from a Pura Belpré Honor-winning team.  These Fiesta Babies dance, march on parade, and sing along to mariachi songs in their spirited celebration of fiestas.  From piñatas to flower coronas, little ones are introduced to the many colorful aspects of an important and lively Latino cultural tradition.

Logan Witherspoon recently discovered that his girlfriend of three years cheated on him. But things start to look up when a new student breezes through the halls of his small-town high school. Sage Hendricks befriends Logan at a time when he no longer trusts or believes in people. Sage has been homeschooled for a number of years and her parents have forbidden her to date anyone, but she won’t tell Logan why. One day, Logan acts on his growing feelings for Sage. Moments later, he wishes he never had. Sage finally discloses her big secret: she’s actually a boy. Enraged, frightened, and feeling betrayed, Logan lashes out at Sage and disowns her. But once Logan comes to terms with what happened, he reaches out to Sage in an attempt to understand her situation. But Logan has no idea how rocky the road back to friendship will be.

Congratulations to all the winners and happy reading! 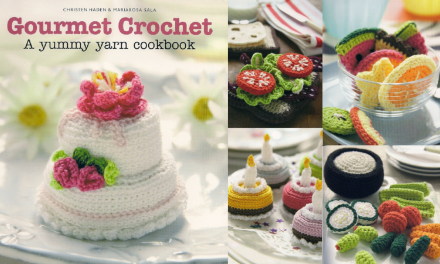