Christina Taylor Green – What We’ll Miss By Her Passing

It logged into my Twitter account today and saw note after note which simply said, “She had a name – Christina Taylor Green” .  I didn’t know what it was in reference to so I Googled the name and found out that Christina was the victim of terrible violence .  Sure, I’d heard about the terrible shooting in Arizona, but I wasn’t really paying attention.  I knew about the troubled past of the gunman, of the grace of the congresswoman and the work that she’s been doing to connect with her community, and that a 9-year old had died as well…but I didn’t know that that child was Christina Taylor Green.

The death of any child weighs heavy on me, but after finding out more about Christine, it’s become even more so. For a child so young, she’s had quite a history.   In an interview with the Arizona Daily Star the girl’s mother, Roxanna Green, said her daughter was very patriotic and inspired by her birth on the day of the 9/11 terrorist attacks.

“She was born back east and Sept. 11 affected everyone there, and Christina-Taylor was always very aware of it.  “She was very patriotic and wearing red, white and blue was really special to her.”

She put that pride into learning more about the government and she attended the event with a friend as a lesson on our government. She was active in her elementary school’s government system as well.

She was the only girl on her little league team and she told her dad she wanted to be the first female major league player. She’s also the granddaughter of a former Phillie’s manager and her dad works in the business as well.

To the parents and friend of Christina, I send you my thoughts and prayers. May her death inspire others to become better people so that tragedies like this don’t happen again.  As soon as a charity is listed I’ll be donating in her memory.  It’s a little something I can do to say that although I’ve never met her, I cry at her loss and the loss we all share.

AFLAC Insurance and Open Enrollment – Are You Ready? 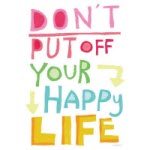 What’s In a Name? A Whole Lot of History

Elton John Hinted To Us Two Years Ago That He Wanted to be a Dad and Now He Is!