Summer is a remarkable time to be outdoors. The weather is great, the neighborhoods are full of kids, and there’s plenty of time to be active. Instead of allowing your children to spend the next three months in front of a screen, get outside and enjoy some good old-fashioned summer fun with them! Try some of these fun outdoor games. You may find your child enjoys them so much that soon he’ll be creating his own games!

To get him started, think back to when you were a kid. You probably spent a lot of time outside playing with your siblings and friends. What were the games you liked? Share them with our child, perhaps it will spark him to initiate a neighborhood game at your house. Be prepared with water to drink in addition to play. Kids work up a fantastic thirst when they’re having fun!

Summer temperatures are typically hot, so your kids will want to cool off. Instead of letting them remain inside in the air conditioning, tell them about the water games you enjoyed as a child. Then fill some water balloons and have an old-fashioned water balloon battle! Make sure your kids understand to aim for their opponents body and not his head or face since to prevent injuries. You can also teach them to be good earth stewards by picking up the balloons shrapnel after the event.

Ask friends or neighbors over do relay races using water balloons. There are several ways to have a relay race.  For instance, have two players on each team try to hold a filled water balloon between their heads, no hands allowed and have them run to the other side of the field. The winner is the first one there with their balloon intact or the couple that got the furthest before their balloon popped.  Not enough for teams? Have a singles race by having each participant place a water filled balloon between their knees. They have to get to the finish line without popping or dropping their balloon.

Teach the children to play hopscotch. Use chalk to create a simple hopscotch board on the sidewalk or driveway of your home. Give a small rock to each child and tell them to get hopping. Don’t remember the rules? Find Hopscotch rules and alternative game ideas here. Want something more permanent? Use tape or paint a colorful hopscotch board using a purchased template and add colored stones!

Play Capture the Flag. Divide the children into two teams. Give each team a different-colored bandanna that is hung at their “home base,” located at two separate ends of the yard. You’ll also need to have a “jail” areas set aside for each team. While the teams are trying to capture the flag, and members are tagged, they’ll be placed in the jail. Any member who reaches the opponent’s jail without being tagged gets to free their team members. The victory goes to the team that captures the other team’s flag first.

Egg and spoon race.  Have each child pick up a raw egg and a spoon. With chalk, the garden hose, or some other boundary material, create a race course with a start and finish line. Have the kids put their egg on the spoon and on your mark, they can start racing. They can’t touch the egg with their other hand, but if they drop the egg and it doesn’t break, they can  stop, pick it up, put it back on the spoon, and keep going. But, if their egg breaks, they’re done. The winner is the first child with an intact egg at the finish line. If they all break, it’s the one that went the furthest.

Unplug from the Screen

You know it’s possible for your children to have fun without electronics – you did it. Use some of these fun summer outdoor games for children to get them outside and in the fresh air. They’re sure to have a good time if they give the games a try. 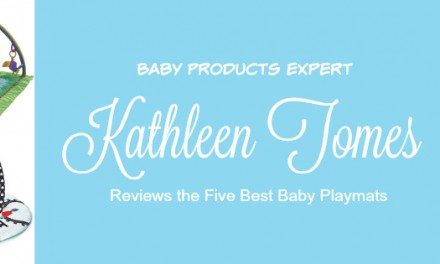 Nature – The Ultimate and Free Playground for Kids – Get Outside!

Pre-Camp Jitters – How to Talk to Your Kids about Homesickness

Summer Camp Tips – What to Pack

How Will I Know if My Child Is Ready For An Overnight Camp?