In typical Tim Burton fashion, this “Alice in Wonderland” is darker than earlier versions. It isn’t just a retelling of the original classic, it’s the story of Alice returning to Wonderland as a young woman.  It’s also the story of a woman coming of age in Victorian times, a time when women were not free to express themselves, nor make even simple decisions on their own.

“Sometimes I believe in as many as six impossible things before breakfast.”  —Alice, Tim Burton’s Alice in Wonderland

This line was just one of many I loved. This new movie is such a wonderful way to remind our daughter’s that they can do anything, be anything, and accomplish anything they set out to.  Alice’s six things were:  “There’s a potion that can make you shrink; a cake that can make you grow; animals can talk; cats can disappear; there’s a place called Wonderland; and I can slay the Jabberwocky.”   She’s able to move forward and reach her goal by reminding herself these impossible things are possible.

“This is my dream,  I’ll decide where it goes from here.  I make the path.”

This simple statement shows Alice’s new-found strength as she navigated through the perils of Wonderland. She’s gotten the courage to decide her own future and not to simply follow the road laid out before her by others.  I love the transition of Alice from frail and worried Alice, to accomplished and confident Alice.  The costumes along the way were simply perfect and helped to show her personal growth.

The acting is superb, the music perfect, and the pace swift. The marriage between the actors and the animation is seamless.  So much so that  I had to keep reminding myself that the Red Queen was a real person and not animated – she was divine!

I’m sorry now I didn’t see this movie  in the theater, but the DVD has so many fabulous special features that it adds to the at home experience. I loved the behind-the-scene shots showing how all the amazing scenes were put together as well as the commentary on the story.

This is definitely a great family film but because of some violence and subject matter, it’s rated PG. If you’re expecting the original Alice story you might be disappointed, this isn’t it.  But if you’re open to a compilation of some of Carroll’s later works and a bit of imagination, you’ll love this as I did.

About Alice in Wonderland

Alice in Wonderland is a 2010 fantasy adventure film directed by Tim Burton, written by Linda Woolverton, and stars Mia Wasikowska, Johnny Depp, Helena Bonham Carter, Anne Hathaway, Crispin Glover, Michael Sheen and Stephen Fry. It is an extension of the Lewis Carroll novels Alice’s Adventures in Wonderland and Through the Looking-Glass. The film uses a technique of combining live action and animation.

Want to own your own Alice in Wonderland (Three-Disc Blu-ray/DVD Combo + Digital Copy?  Just tell me one of your “Six Impossible Things Before Breakfast”.

Here are some of mine:

Do any or all of the extra entry assignments and post a comment for each additional entry.

DISCLOSURE OF MATERIAL CONNECTION – I have a material connection because I received a gift or sample of a product for consideration in preparing to write this content. I was/am not expected to return this item or gift after my review period. 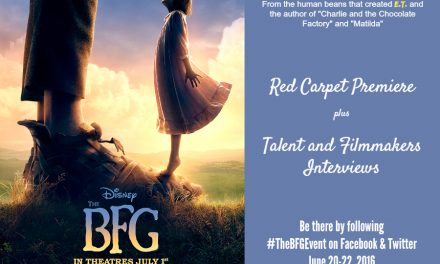 Voicing Voltron – My Chance in the Recording Booth #DreamWorks #Voltron

Start Your Own Food Revolution At Home