If you’re in a hotel, don’t rely on staff to keep you safe. That’s the lesson learned today at the Disney Grand Californian Hotel.  We were awakened at approximately 8:39 am by the fire alarm.  We put clothes on over our PJs and headed for the door.  Once in the hallway, confusion reigned.  The hallways were littered with fresh linen baskets, morning food service trays, and room cleaning carts as well as 50-75 guests who were wandering aimlessly looking for a way out.

No one was injured in the incident at about 8:39 a.m. Wednesday, said Maria Sabol, an Anaheim Fire Department spokesman.A fire broke out in a pizza oven in the hotel’s Storytellers Cafe, where French toast was being prepared, Sabol said. The heat prompted a sprinkler to go off, spraying water into the oven and creating smoke and steam, Brown said.

About 1,000 hotel guests and employees were evacuated from the restaurant and that wing of the hotel, leaving through the lobby to the valet drop-off area, Brown said. Firefighters searched all the floors.

Hotel guests and employees were let back in the building, except for the restaurant, about 20 minutes after the evacuation, said Brown, the Disneyland Resort spokeswoman. The restaurant reopened about 10 a.m.    – Source:  Orange County Register

Being married to a firefighter for nearly 30-years has trained me to locate the emergency exits when we first arrive at the room. I did this, but I didn’t do the second step – actually counting the doorways between our room and the stairs.  While there was no smoke in the hall, perhaps if I’d have counted the doors I wouldn’t have missed the stairs in our attempt to evacuate.  We weren’t the only ones.  About 5 different groups of people, about 15 people in all, ended up at a wall map of the floor.  It was there we discovered stairs were not marked.   The hallways here are like a maze and people were headed in all directions.  Everyone asking where the stairs were.  Finally said, “Everybody else is headed this way!” so we all followed.  It was then that I realized how so many people die in fires.  Being unprepared, blindly following others who may not know where they’re going,  or by not preparing safety plans and then not executing those plans.

We found the stairs and started down. Within a few minutes, the alarm was silenced, but the elevators were still closed off, the air-conditioning disabled, and people still in the hallways trying to decide if they should evacuate or not. When we returned to our room we saw about 10-15 Disney staff members who were evacuated to the steps outside of the World of Disney Store (we’re right above it).  They continued to be evacuated long after we returned to our room.  Why?  I have no idea why it was “safe” for us to return, but not them.

Evacuating from Disney’s Grand Californian HotelBy the way, there was evidence that staff had been around, namely the housekeeping staff, but none of them could be found anywhere. This actually surprised me as I assumed Disney would have instructed housekeeping staff to help in the evacuation of guests. The only staff we saw was a bellman taking guests and their luggage to their room.  While everyone was trying to evacuate, he was pulling a luggage cart through the already crowded hallways.  It was surreal.

Contrary to the report above, no firefighters searched our floor, no one knocked on our door to see if we’d evacuated, andno one called. Just instructions over the PA system in so many languages that we were standing around waiting to hear it in English to find out what we were supposed to do.

Here’s the lesson I learned from today’s events:

I’ll admit it. To wake up to an alarm and to feel as though we were on our own was a bit unsettling.  From now on I’ll do as the hubby taught me, know to look for exit signs, and next time I think I’ll bring him along just in case 🙂 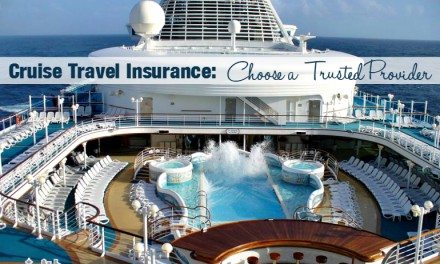 Disney’s Grand Californian Hotel in the Heart of Disneyland

What a Difference A Day or Two Makes, Winter is Back