I’m always looking for great tasting and organic food. I was thrilled to have the opportunity to try the HomeFree brand of cookies.  I received a box of mini chocolate chip cookies and a box of oatmeal cookies.  Both were amazing! The oatmeal were full-size, about 3″ in diameter, and soft.  They were packaged in groups of two for extra freshness.  My mother, a connoisseur of oatmeal cookies, even liked them and she’s a tough critic!

I loved the chocolate chip cookies. Crispy and chocolaty, they tasted just like many other commercial chocolate chip cookies but they’re not only organic, they’re nut, diary, and egg free – guaranteed!  Unlike many commercial items, these are made in a dedicated bakery that does not produce any foods using these ingredients.  I don’t have allergies, but I know several people who are deathly allergic to peanuts.  They’re unable to eat most processed foods because of it.  These are cookies and baking supplies they’ll be able to purchase and enjoy!

The HomeFree company was founded by Jill Robbins. She’s a  mother and clinical psychologist who turned to baking when her son was diagnosed with food allergies eleven years ago.  She authored the book, “Allergen Free Baking: Baked Treats for All Occasions“.  Her goal was to be able to allow children and adults to fully participate in school and social events when treats are served.

I was a bit disappointed that the cookies were only 70% organic, their cakes are 90%. I’d love to see them move towards 100% organic in the future.  I do appreciate the ingredients available for home baking and being able to purchase online.   These are a must-have for families with allergies.

WINDHAM, NH (April 7, 2010) – HomeFree, makers of organic, ready-to-eat, whole grain cookies free of common food allergens including peanuts, tree nuts, eggs and dairy, today released the results of a new nationwide survey revealing that America has some knowledge of food allergies, but is confused about the difference between food allergies and celiac disease.

“We commissioned this survey out of concern for what appeared to be widespread confusion between food allergies and celiac disease, given the potentially serious health implications of such confusion,” said Jill Robbins, president and founder of HomeFree.  “People want to be able to serve food safely to other people.  To do so, it helps to know that people with celiac disease – a disorder in which people have sensitivity to gluten, found in foods such as wheat, rye, and barley – can get sick sometimes even from traces of gluten.  It also is important to know which foods are actually common food allergens. That is because if someone with food allergies eats even a trace of a food to which he or she is allergic, it can quickly lead to a life threatening condition called anaphylaxis.”

Given the critical need for early treatment with epinephrine for some food allergic reactions, and not for accidental ingestion of gluten, the results indicate a need for further education about allergies in general, as well as about the difference between wheat allergies and gluten sensitivities.

Robbins says, “People want to know what to do if a loved one, or someone in their care, suddenly has symptoms.  Accidental ingestion of gluten for someone with celiac disease can be extremely uncomfortable, but is not an immediate life threatening emergency and is not treated with epinephrine. Accidental ingestion of a food allergen can lead to anaphylaxis, the successful treatment of which depends on rapid treatment with epinephrine (Epipen or Twinject).”

According to the Food Allergy and Anaphylaxis Network (FAAN), “an allergic reaction to food may begin with a tingling sensation, itching, or a metallic taste in the mouth.  Other symptoms can include hives, a sensation of warmth, wheezing or other difficulty breathing, coughing, swelling of the mouth and throat area, vomiting, diarrhea, cramping, a drop in blood pressure and loss of consciousness.  These symptoms may begin anywhere from several minutes to two hours after eating an offending food, but life-threatening reactions may get worse over a period of several hours.”  The eight foods that account for 90 percent of food allergic reactions are peanuts, tree nuts, eggs, dairy, soy, wheat, fish, and shellfish (note that the current study inquiries did not include peanuts, soy, fish, or shellfish).  FAAN reports that more than 12 million Americans have food allergies (about one in 25 Americans), and more than three million of them are children.  Research also shows that there are more than five times as many people with food allergies as with celiac disease nationwide.  HomeFree cookies were created for health conscious people looking for an enjoyable, certified organic, wholesome snacking option, and as a solution for safely including people with food allergies when serving treats. 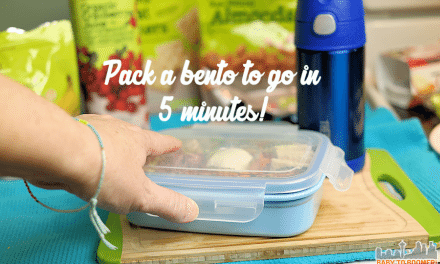 Want to Know More About the Food You Buy? Check out the FDA Defect Levels Handbook

Tillamook Cheese Meets All of My Strict Criteria, Especially Taste!