While I attended the Disney Social Media Mom’s Event at WDW on February 11, 2010, I had the pleasure of unknowingly being part of the TV show, Dinner: Impossible. Dinner: Impossible is a Food Network show that stars Robert Irvine, a chef with a somewhat checkered past. After concerns were raised in 2008 about his supposed service to The Royal family as well as the White House, Chef Irvine was replaced with another chef.  In 2009, the Food Network reinstated him and he’s continued with the show since.

The show is a take on Mission: Impossible in that the chef is given a task, this time to feed 150 or so volunteers and he had to do it in a short amount of time and with the people and resources they provided. This is not the first time Chef Irvine has completed a challenge at Walt Disney World.  He did another challenge in 2008 (Dreams, Episode IE401) that was very similar to this one in how the challenge was presented, but appears to have been bar-b-que fair.

While we didn’t get to enjoy the chef’s food, we were served some great fare by the Disney chefs.

The carnivores in my group, everyone but me, had plenty of choices to choose from and they were thrilled. Me, the lone vegetarian, spent the whole time seeking out something to eat.  With the stations so spread out, it was difficult to find something to eat.  I finally found the Cobb salad station, which from a distance looked like an ice cream stand, and they made me a special salad.  It was a bit strange eating it out of an acrylic cone.  Disney and the Food Network lost huge points for being anti-green that night as well. Everything was served in what appeared to be non-recyclable individual dishes.

Here’s the presentation by Robert Irvine

It’s said this episode will air sometime in April. I’ll be watching for it, I can’t wait to see what went on behind the scenes.

DISCLOSURE: I attended the Disney Social Media Mom’s Celebration – I paid a conference fee and paid for my transportation; however, the cost did not exceed the value of the event.  The opinions are my own. 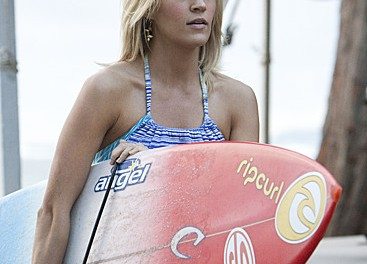 More in Cooking and Food, Entertainment